A competitive card at Doncaster on Saturday opens with the Listed Doncaster Stakes at 1.45. The race is for two-year-olds over six furlongs and carries prize money of £30,000. By far the most notable winner of the race was Night Of Thunder in 2013. He went on to win the 2000 Guineas when starting at odds of 40-1. Last year’s race was won by San Donato, trained by Roger Varian and ridden by Andrea Atzeni. 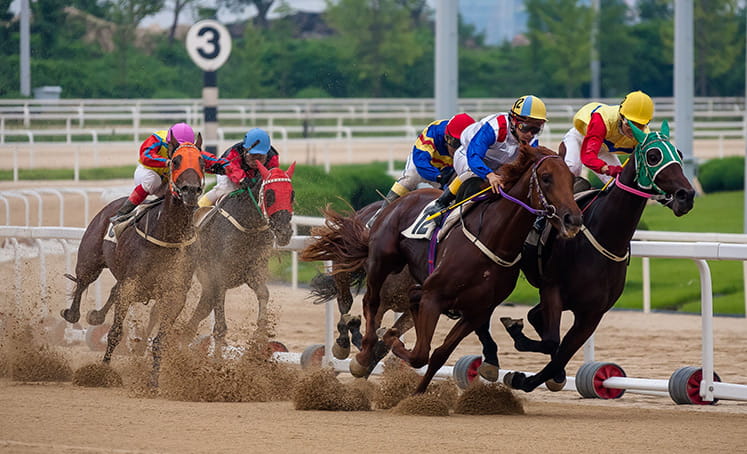 Aidan O’Brien has only won this race once previously with Miguel Cervantes in 2002. He has withdrawn ante-post market leaders King Neptune and Pistoletto in favour of Hong Kong on Saturday. He is a gelding by American Pharoah who got off the mark on his fourth start in heavy ground at Naas last weekend. First-time blinkers seemed to help him that day as he dropped back from seven furlongs for the first time.

Troubadour is a grey gelding trained by Michael Dods. He has won four of his eight starts and has been placed in two very competitive races on his last two outings. He was beaten a neck by Owney Madden at York in August before chasing home Summer Sands at a respectful distance at Redcar. He has not finished outside of the first two since his debut at Beverley in April.

Art Power finished a promising third on his debut at Newcastle last month before getting off the mark in fine style at York. He was always travelling comfortably before quickening five lengths clear of Minhaaj over five furlongs. The going was quite testing that day so the son of Dark Angel should have no difficulty staying the extra furlong.

Keith Dalgleish is represented by Aberama Gold who carries a 3lbs penalty for winning the Listed Rockingham Stakes at York. He made most of the running before repelling the challenge of Ventura Lightning by three-quarters of a length. He had previously finished fourth to Summer Sands at Redcar but the revised weights favour runner-up Troubadour.

Flaming Princess looks fully exposed after seven starts for Richard Fahey. The filly won a Listed race in France in August and was a creditable fourth to A’Ali here the following month. She finished sixth to Good Vibes last time out.

Brad The Brief has won minor races at Bath and Wolverhampton, either side of finishing last of three over course and distance. He was conceding 7lbs to Sir Michael Stoute’s Vasari when beating that horse over six furlongs on the all-weather.

Milltown Star is a son of Roderic O’Connor trained by Mick Channon. He has one victory from seven races, an auction stakes at Salisbury back in June. He ran well recently behind Tomfre over seven furlongs at Newmarket. The drop back in trip is a concern, although he was not beaten far behind Stone Circle over an extended six furlongs at the Curragh last month.

The Doncaster Stakes is due off at 1.45 at Doncaster on Saturday 26th October and will be televised live on ITV4.