The feature race at Royal Ascot on Saturday is the £600,000 Group 1 Diamond Jubilee Stakes over six furlongs.

The race was formerly known as the Cork and Orrery Stakes and was given Group 1 status in 2002. It is one of the most prestigious sprint races in the world and regularly attracts an international field. Choisir won the race for Australia in 2003 and was later followed by Cape Of Good Hope (2005) and Black Caviar (2012). Wesley Ward struck for the United States of America when Undrafted won in 2015 under Frankie Dettori. Twilight Son won the race for Henry Candy and Ryan Moore in 2016.

The same combination team up with the favourite this year in Limato, a five-year-old gelding by Tagula. He has won eight of his fifteen races including Group 1 races over six and seven furlongs.

Limato was a brilliant winner of the July Cup at Newmarket last season and later won the Prix de la Foret at Chantilly. He took his chance in the Breeders’ Cup Mile but finished only sixth behind Tourist. Things did not go to plan for his intended prep race in Dubai when dramatic thunderstorms turned the going soft. Candy is confident that he can bounce back to form on his favoured fast surface at Royal Ascot.

The Tin Man also prefers decent ground and laboured in rain-soaked ground in the Duke Of York Stakes. He was eventually beaten over six lengths behind Tasleet but should finish a lot closer on Saturday. He won the Group 1 British Champions Sprint over course and distance in October.

Grounds for Concern for Tasleet Supporters

William Haggas admitted to being surprised at how well Tasleet handled the testing ground at York. He had always believed that the showcasing colt was better on faster ground. Jim Crowley could be picked out sitting quietly at York before pushing out Tasleet to beat Magical Memory by two-and-a-half lengths. Tasleet had previously run well over seven furlongs on good to firm ground and will be a major contender if he handles the conditions.

Connections of Magical Memory could barely conceal their delight after the five-year-old had finished second at York. The former Stewards’ Cup winner had finished a remote last at Haydock in September on soft ground. The grey travelled with all of his old zest at York, his stamina just giving out in the testing conditions. James Doyle picks up the ride on Saturday with regular rider, Frankie Dettori, side-lined through injury.

Librisa Breeze enjoyed a successful 2016 with two big handicap successes at Ascot. Both were over seven furlongs and he is yet to prove that he can be as effective over six. He was only beaten three-and-quarter lengths behind The Tin Man in October. That was on good ground and he may find six furlongs too sharp on fast ground.

The Right Man makes the trip from France after winning the Group 1 Al Quoz Sprint at Meydan. He beat Long On Value by a nose on yielding ground with Limato unplaced. The son of Lope De Vega has never raced on ground this quick. Suedois would also prefer a bit of give in the ground, although he did chase home Limato at Newmarket last July. He finished a close fifth in this race a year ago but was only third in a Group 2 in Ireland recently. 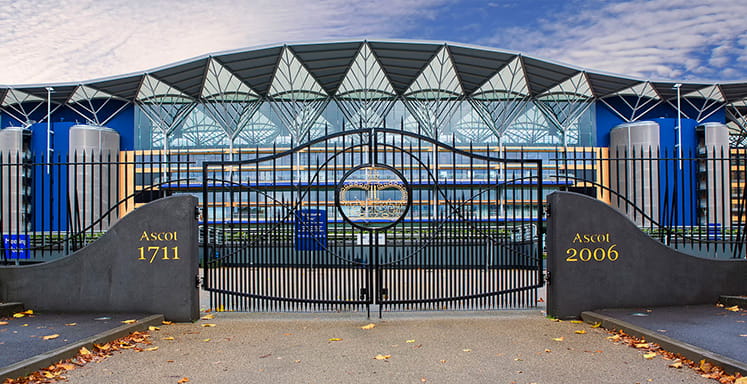 The Diamond Jubilee Stakes is due off at 4.20 on Saturday 24th June and will be televised live on ITV.