In a remarkable and often brutal fight, American Deontay Wilder ended Luis Ortiz’s title hopes with a last round knockout. The fight was barely over and already the 32-year-old was calling for a fight with Britain’s Anthony Joshua to unify the heavyweight division.

Deontay Wilder says he is ready to face a unification fight with Anthony Joshua after the American beat Cuban Luis Ortiz by KO to retain the WBC title.

Luis Ortiz went into the fight with an unbeaten record and was hoping to become the first ever Cuban heavyweight champion. Luis “King Kong” Ortiz had only turned pro 8 years previously, seemingly preferring to fight at amateur level with a reputed 343 wins at that level with 19 losses.

Pre-fight Wilder was easily the favourite to keep hold of his title but the American had to survive a scare in the seventh round. Wilder landed a nice right-hand shot but was caught by a huge uppercut from Ortiz. There are not many boxers that would still be on their feet, such was the power in the connection. It looked like the fight could be over when Ortiz connected with another uppercut equally as powerful.

One of the biggest talking points after the fight was the controversial role the referee played after Wilder was struggling following the seventh round. Despite Wilder not being cut, the referee stepped in to prevent Ortiz fighting at the start of the eighth. This gave Wilder recovery time and possibly kept him in the fight.

The commentary team on the TV broadcast were incredulous and questioned why the referee had paused the fight. Oritz’s camp were more direct, suggesting someone with “deep pockets” and a vested interest in Wilder winning was to blame, adding that the decision was daylight robbery.

By the middle of the eighth-round the unofficial scorecard had Oritz up by three and the Cuban was certainly landing the better of the shots. Wilder was using the jab less than in previous fights. This meant he wasn’t measuring his punches which resulted in several air shots which allowed Ortiz to land the more powerful counter punches. By the ninth-round Ortiz had landed 43% of his attempted power punches.

The tenth round would prove to be decisive when early in the round both boxers landed huge punches simultaneously. For a brief second it looked like both boxers would be floored, such was the power of the connection but it was Wilder who recovered better.

A push by Wilder saw Oritz fall to the floor and whilst it wasn’t a knockdown, the veteran looked stunned and the fight seemed to go from the 38-year-old Cuban. Wilder sensed his opportunity and he took full advantage of a hurt Oritz and within seconds Oritz was on the canvas twice. The referee had seen enough and the fight was over. 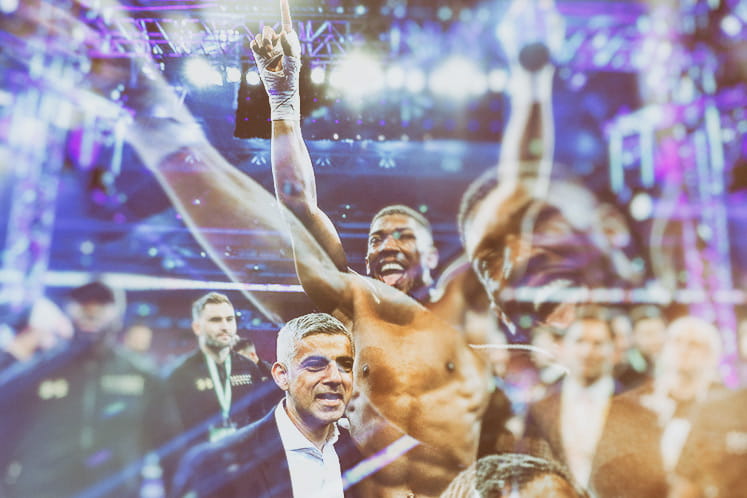 There has been a lot of trash talk between Joshua and Wilder and it’s fair to say there is very little love between the boxers. For the fight to happen, Joshua must first face Joseph Parker at the Principality Stadium in Cardiff on March 31st.

Parker is the current WBO champion and at 26 is two years younger than Joshua. He is undefeated in 24 fights and rose to prominence in many British fight fans eyes when he beat Hughie Fury, cousin of Tyson Fury in September last year. That performance makes many experts believe that Parker could prove a tough opponent for the Briton.

So, while many fight fans see Joshua’s fight against Parker as routine, boxing can throw up some surprise results and Joshua may face a much sterner test against the New Zealander than expected.