The 2.25 at Newbury on Saturday is the Grade 2 Denman Chase over three miles. The race is named after the dual Hennessy Gold Cup winner and 2008 Cheltenham Gold Cup winner. This is a recognised trial for the Cheltenham feature with Native River being the last horse to win both races in 2018. Native River also won this event in 2017 and again last year. Other notable winners include Kauto Star (2007) and Coneygree (2015). 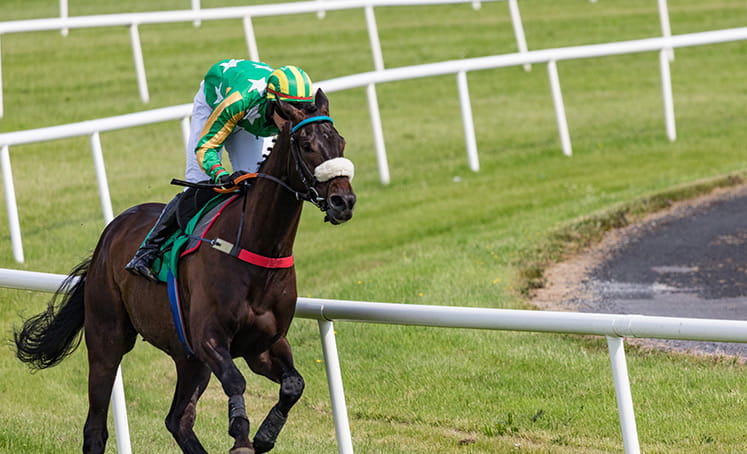 Nicky Henderson has been waiting patiently for the chance to give Champ a prep run for the Cheltenham Gold Cup. The nine-year-old has been touted as a future Gold Cup winner since his novice hurdling days and is looking to build on a fine first season over fences. He was last seen coming from 8 lengths behind at the last to run down Minella Indo in the RSA Chase.

He had won his first two chases over two and a half miles here before taking a tumble at Cheltenham on New Year’s Day. The son of King’s Theatre looked well held turning for home in the RSA Chase but was galvanised by Barry Geraghty to snatch an unlikely victory. Henderson has given him plenty of work at home, but there is no substitute for a race. He will need to run well here if he is to take his chance at Cheltenham next month.

His main market rival on Saturday is two-time King George VI Chase winner Clan Des Obeaux. The Paul Nicholls-trained gelding was unable to complete a King George hat-trick when third behind stable companion Frodon on Boxing Day. He travels strongly in his races but doesn’t always find a lot off the bridle, and the Gold Cup has found him out for the past two seasons. He is by far the best horse that Champ has come across over fences, although Clan Des Obeaux must concede 3lbs here.

Colin Tizzard has won this race three times with Native River and will be represented this year by Lostintranslation. He is almost the opposite of Clan Des Obeaux in that he has twice pulled up in the King George but ran a mighty race in last season’s Gold Cup. He eventually finished third to Al Boum Photo, beaten only a length and a half. He reportedly suffered a burst blood vessel at Kempton last time out and is probably best watched for the time being.

Bryony Frost who won the King George on Frodon will be hoping to spring another surprise here aboard Secret Investor. He won impressively at Chepstow in October but was unable to reproduce that effort in the Ladbrokes Trophy the following month. Secret Investor finished second to Native River in the corresponding race 12 months’ ago.

The Conditional finished third in the Ladbrokes Trophy for David Bridgwater and then chased home Mister Malarky at Ascot. He is tough and consistent, and his trainer is confident that he is the right sort for the Aintree Grand National. Connections would probably be delighted to finish third or fourth here as another step towards his spring target.

Venetia Williams saddles Cepage who is very talented if a little unpredictable. Cepage was last seen winning by 14 lengths at Chepstow over two and a half miles. He was well beaten on his only previous attempt at this trip. There are similar stamina concerns for Kalashnikov who has yet to race beyond two and a half miles over fences. Ballyoptic and Definitly Red have been admirable stable servants with 24 victories between them under rules. They are both in the autumn of their racing careers and may struggle against the likes of Champ and Clan Des Obeaux.

The Denman Chase is due off at 2.25 at Newbury on Saturday 13th February and will be televised live on ITV4. The meeting is subject to a Friday morning inspection, but plans are in place to re-arrange the card within a week if necessary.