Door Latch (1985 and 1986) became the first horse to win the race twice while 1997 winner Cool Dawn went on to win the Cheltenham Gold Cup later that season. Nicky Henderson has won the race for the past two seasons with Gold Present and Valtor. 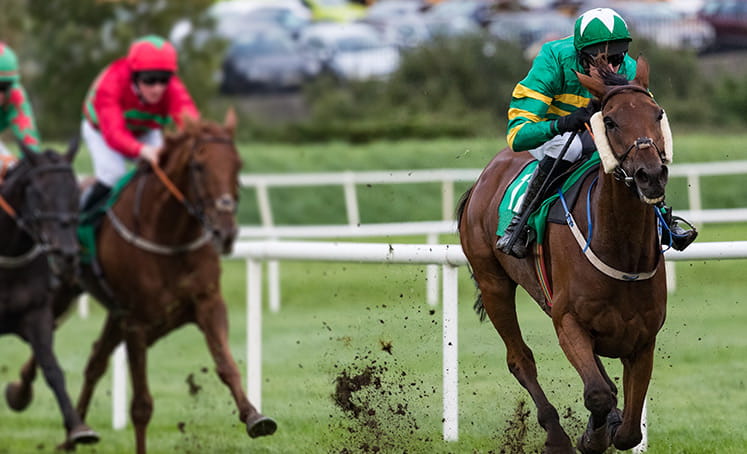 The ante-post favourite is the Venetia Williams-trained Belami Des Pictons, an eight-year-old gelding by Khalkevi. He has very few miles on the clock and was reported to have bled from the nose when pulled up at Sandown in February. Belami Des Pictons reappeared in the BetVictor Gold Cup to finish fourth to Happy Diva. That was over two and a half miles and he recovered well after nearly being brought down at the second fence. He should be suited by the step up in trip.

Give Me A Copper will have plenty of supporters after his victory in the Badger Beers Silver Trophy at Wincanton. He was value for more than the neck winning margin that day, Soupy Soups finishing fast and late. He is up 6lbs for that victory but should still be competitive under Harry Cobden.

Nicky Henderson will attempt a hat-trick of victories in the race with Ok Corral. He was a leading novice last season and was fancied for the Ladbrokes Trophy at Newbury. He lost a shoe during the race but he basically raced too freely before fading. He has an alternative engagement earlier in the card.

Kildisart is tough and consistent, winning three of his six races for Ben Pauling. He finished fourth at Cheltenham in March before beating Mister Malarky by five lengths at Aintree the following month. He was no match for Lostintranslation on his reappearance at Carlisle but that horse is currently favourite for the Cheltenham Gold Cup. Kildisart is 7lbs higher than when successful at Aintree.

The weights are headed by Black Corton, trained by Paul Nicholls and ridden by Bryony Frost. He was runner-up in the Galway Plate in July and then finished an excellent third to Vinndication over course and distance at the start of November. He made no impression on easy winner Native River at Aintree last time and could be anchored by 11st 12lbs.

Bennys King won by six lengths at Newbury recently for Dan Skelton and is up 11lbs as a result. The eight-year-old was formerly with Venetia Williams but has suffered a couple of setbacks in recent seasons. Crievehill is another improving performer, a ten lengths winner at Haydock last month. The handicapper also took a dim view of his victory and has put him up 10lbs. He was fourth as a 40-1 outsider at the Cheltenham Festival in March and has continued his improved form.

Mister Malarky was tailed off here in November but bounced back to finish a respectable sixth in the Ladbrokes Trophy. He never really threatened to win that day and looks held by Kildisart on Aintree form. Yalltari is a stable companion of the favourite and seemingly less fancied. The grey has not been seen since finishing behind Mister Malarky over course and distance in February.

Jerrysback is not out of it on his best form but was nearly 50 lengths adrift of Bennys King at Newbury. The trainer could offer no excuses for that run and it would be a surprise if he could turn the form around on Saturday. Azzerti is trained by Alan King and comes here after a moderate run. behind Oldgrangewood at Newbury. He has won here over an extended two miles but is yet to prove that he stays this trip.

The Dave Dawes Silver Cup is due off at 3.00 at Ascot on Saturday 21st December and will be televised live on ITV4.