The feature race in the UK this weekend is the £500,000 Group 1 Darley July Cup at Newmarket. The July Cup is one of the most prestigious six furlong races in the European calendar and has been won by many of the top sprinters of all time.

Aidan O’Brien is seeking his fourth win in the race with the undefeated Caravaggio. The son of Scat Daddy completed a sixth successive victory when beating Harry Angel and Blue Point in the Commonwealth Cup at Royal Ascot.

Many pundits believed that the Commonwealth Cup would be the best race of the meeting and so it proved. Harry Angel set a blistering pace before being challenged by his Godolphin counterpart Blue Point. Caravaggio swept through on the inside to win by three-quarters of a length. He is now set to take on his elders for the first time. Coral are offering new customers a special price of 25-1 to a maximum £1 stake. They must deposit a minimum of £5 with any winnings paid out as free bets.

Godolphin had purchased Harry Angel following his impressive four and a half lengths win at Haydock on firm ground in May. The Dark Angel colt remains with Clive Cox and produced the run of his life at Royal Ascot. He has always been difficult to settle and Adam Kirby is unlikely to try to restrain him on Saturday.

The history books suggest that Limato has a difficult task as he bids to repeat last year’s win. The five-year-old quickened in great style last season before going on to beat Suedois by two lengths. The going was good to firm and he is likely to get his favoured conditions again on Saturday.

His aversion to soft ground was exposed in Dubai in March when some unexpected downpours turned the going yielding. He was heavily backed to return to winning ways in the Group 1 Diamond Jubilee Stakes at Royal Ascot last month. Ryan Moore launched his challenge inside the final furlong but was hampered in the closing stages behind The Tin Man.

Bookmakers cannot split Limato and The Tin Man on Saturday when they will meet on identical terms. James Fanshawe had his five-year-old spot on following a defeat in soft ground at York in May. Connections of Limato are optimistic that he can turn the tables with a clear run. 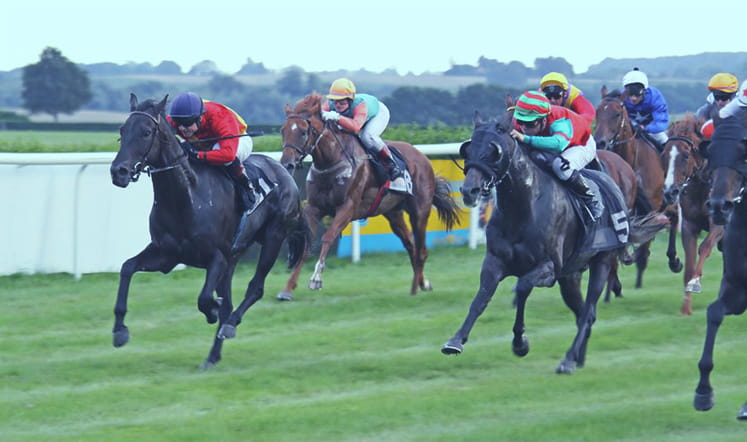 William Haggas was delighted with the run of Tasleet in the Diamond Jubilee when splitting The Tin Man and Limato. He had produced a fine display to beat Magical Memory in the Duke Of York Stakes in testing conditions. His Ascot run showed that he is equally effective on a faster surface. Tasleet also received a bump in the closing stages and should not be far away on Saturday.

Brando looked set for a successful season when winning the Group 3 Abernant Stakes in April. Something was clearly amiss when he trailed the field next time at York. Trainer Kevin Ryan will have done well to get him back to his best. He was very progressive last season, winning the Ayr Gold Cup despite the burden of 9st 10lbs. He then finished within a length of The Tin Man in the Group 1 British Champions Sprint at Ascot.

The July Cup is due off at 4.35 at Newmarket on Saturday 15th July and will be screened live on ITV.