Welsh players have the potential to finish top of Group B

Unbeaten Wales top Group B with 14 points from six games after beating Belgium, who in June were second in the FIFA world rankings. Now Wales have another difficult task, when they visit well-organized team in defense like Cyprus.

The key to success…

The leading light of the team, Real Madrid forward – Gareth Bale, brought the points home in the game against Belgium, he has scored five goals and has made two assists in their six games of this qualifying campaign, he’s on fire and is expected to score again in this upcoming match.

Cyprus are insidious rivals to their opponents, earning nine points from six games. They have a serious chance in the fight for third place in the group. That is, if they can get a good result from their match against the group leader.

Chris Coleman’s players have a really good chance of winning this game; however, they will have to show their best form, Cyprus is a good team averaging at least two goals per match.

There is no lack of key players, due to injuries, for Wales so Chris Coleman can rely on the very best Wales have to offer. Aaron Ramsey and Ledley will be the key players in midfield. Robson-Kanu is expected to help Gareth Bale in attack.

The only one who can’t be used by Coleman is midfielder Joe Allen, who is absent as he begins a one-match ban.

James Collins is going to be in the starting lineup because of Chester’s late injury. Chester suffers from hamstring and is likely to miss next two games for Wales.

Cyprus midfielder Vincent Laban is suspended and won’t take part in the clash. Laban is key player and this will affect Cyprus performance. 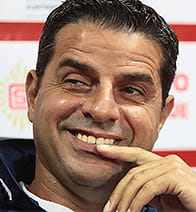 Pambos Christodoulou (Cyprus) : “We feel that we should have more than what we have got in this group.” 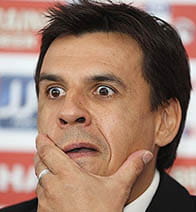 Chris Coleman (Wales) : “I don’t actually think about going down in history. I only allow myself to think what it would be like if we were playing in a full house at the Stade de France.”