The feature race at Newmarket on Saturday is the Group 3 Criterion Stakes over seven furlongs for three-year-olds and upwards. This race has been won by some high class horses including Inchinor (1993), Diktat (1999), Trade Fair (2003) and Home Of The Brave (2017). Libranno became the first horse to win the race twice when successful in 2011 and 2012.

This year’s entries include the winners from the past two seasons. Sir Dancealot won here in 2018 for David Elsworth and Gerald Mosse. Last year the race was won by Henry Candy’s popular gelding Limato, ridden by Harry Bentley. 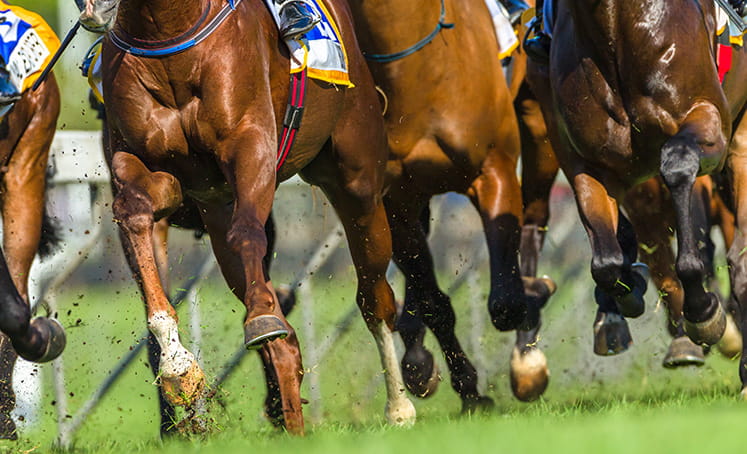 Limato has been a grand servant to the Henry Candy stable with career earnings of more than £1.3 million. He has won 11 of his 29 races and has maintained a high level of form throughout his career. His past victories include the July Cup at Newmarket and the Prix de la Foret at Chantilly in 2016. Limato was last seen chasing home Mustashry in the Challenge Stakes here in October.

Mubtasim was a very promising two-year-old for William Haggas and is now trained by Charlie Appleby for Godolphin. He ran a couple of nice races in Dubai earlier in the year and this looks like his optimum trip. Appleby’s stable were out of luck at Royal Ascot last week and Mubtasim is likely to improve on whatever he achieves on Saturday.

He is joined by stable companion On The Warpath, a five-year-old gelding by Declaration Of War. He is also returning from a spell in Dubai and was only a length behind Mubtasim in receipt of 4lbs here last year. They meet at level weights on Saturday.

Andrew Balding trained Tactical to provide Her Majesty The Queen with a Royal Ascot win in the Windsor Castle Stakes. His representative here is Happy Power, third to Space Blues at Haydock recently. That form received a boost when the winner followed up in a Group 3 in France on Thursday.

Vale Of Kent set to blaze the trail at Newmarket

Richard Hannon relies on Yafta, a five-year-old son of Dark Angel out of a mare by Oasis Dream. He is bred to be speedy and is yet to win beyond six furlongs. He did finish runner-up in a Newmarket handicap over this trip in 2018 and ran an encouraging race at Haydock on his seasonal reappearance. He ran quite freely but was only beaten two and a quarter lengths behind Space Blues, finishing less than a length behind Happy Power.

Vale Of Kent ran well in the competitive Royal Hunt Cup at Ascot last week, finishing fourth to stable companion Dark Vision. He likes to take a keen hold in the early stages and could be difficult to peg back if allowed too much rope. Sir Dancealot was out of luck in Dubai on his latest start in January and must concede weight all round here. He usually needs a race to put him straight.

Tip Two Win finished runner-up in the 2018 2000 Guineas but has lost his way since. The field is completed by Turjomaan, trained by Roger Varian. He was one of the few horses from that yard to disappoint at Royal Ascot, trailing in a remote last in the Queen Anne. Varian is trying the four-year-old in a visor for the first time.

The Criterion Stakes is due off at 2.40 at Newmarket on Saturday 27th June and will be televised live on ITV.