The big International race this weekend is the $3 million Group 1 Cox Plate at Moonee Valley in Australia.

The race is over ten furlongs but regularly attracts runners who go on to run in the two-mile Melbourne Cup on the first Tuesday in November. Past winners of both races include Might And Power (1998), Makybe Diva (2005) and Green Moon (2012).

The hot favourite this year is Winx who will be trying to win the race for the second successive season. Chris Waller’s five-year-old has won her last twelve races including eight at Group 1 level. She won the Caulfield Stakes on her most recent outing, comfortably accounting for Black Heart Bart by two lengths.

Winx has now won almost $7.5 million in prize money and bids to emulate So You Think who won the Cox Plate in 2009 and 2010. Last season she produced a brilliant display to beat Criterion by four and three-quarter lengths. She was drawn one that day and was held up by Hugh Bowman until bursting through on the rail with two furlongs to travel. She had Highland Reel back in third, the winner of the King George at Ascot this year and third in the Arc.

Winx is the reigning Australian Racehorse of the Year and is again favourably drawn in barrier three. She seems equally effective over any trip between seven and ten furlongs and the good going will also be in her favour.

Godolphin are still chasing an elusive first victory in the Melbourne Cup and Hartnell is the current favourite for the big race at Flemington.

British racing fans will remember Hartnell winning the Queen’s Vase at Royal Ascot as a three-year-old when trained by Mark Johnston. He won the Group 3 Bahrain Trophy at Newmarket in 2014 and finished seventh in the St Leger at Doncaster.

He was purchased by Godolphin and sent to race in Australia with John O’Shea. He was elevated to Melbourne Cup favourite after beating Jameka by three and a quarter lengths in the Turnbull Stakes last time out. That race was over the same distance as the Cox Plate and the form was boosted when Jameka ran away with the Caulfield Cup last weekend. Hartnell has met Winx on three previous occasions and has come off second-best each time. His best effort came when three and a half lengths runner-up at Randwick over seven furlongs in the Warwick Stakes. 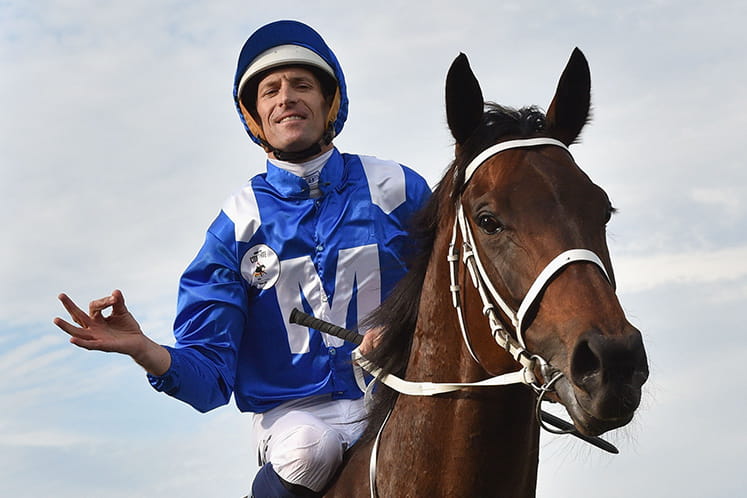 Andre Fabre sends the only European-trained representative here in Vadamos, a five-year-old by Monsun out of a Peintre Celebre mare. He has won eight of his eighteen races at distances between a mile and a mile and a half. Fabre has stated that good ground is the key to Vadamos who booked his ticket with a fluent success at Chantilly last month.

Jockey Vincent Cheminaud rode an enterprising race on him in the Group 1 Prix du Moulin, kicking on over two furlongs out and holding Spectre by a length and a quarter. He had previously been beaten only half a length by Ribchester at Deauville and the winner ran another fine race at Ascot on Champions Day last week.

Yankee Rose has been well supported this week and will break from barrier one. The three-year-old filly won the Group 1 Spring Champion Stakes at Randwick, beating Swear by half a length. That was her first run at this distance and she could go well for Dean Yendall.

Darren Weir’s triple Group 1 winner Black Heart Bart takes on Winx again here after going in vain pursuit at Caulfield last time out. He has been in the first two in each of his last ten races and the son of Blackfriars will run his usual game race.

There has been some speculation about who will make the pace here and it could fall to Dwayne Dunn on Hauraki. He is a stable companion of Hartnell and stays a mile and a half so it may be in the interest of both horses to see a strong gallop here.

The Cox Plate is due off at 7am (UK Time) on Saturday 22nd October and will be shown live on At The Races.