Could EU Exit Kill the “Bosman”?

So unless you have been living under a rock for the last few months, you will be aware that the UK surprised everyone, including the bookies and voted to leave the EU. With all the political wrangling going on and as the UK discussed divorce terms with the EU, we ask the question “will this affect football?”.

If we leave the EU, will we also lose the movement of European players?

We all know the expression to “do a Bosman”, this phrase was coined when a little known footballer Jean-Marc Bosman of RFC Liège in the Belgian First Division wanted to transfer to Dunkerque of the French League. His contract had run out but in those days a club wishing to take on an out of contract player, still had to pay a fee to the player’s club. When Dunkerque refused to meet his Belgian club’s transfer fee demand, Liège refused to let him go, therefore Bosman was in limbo. 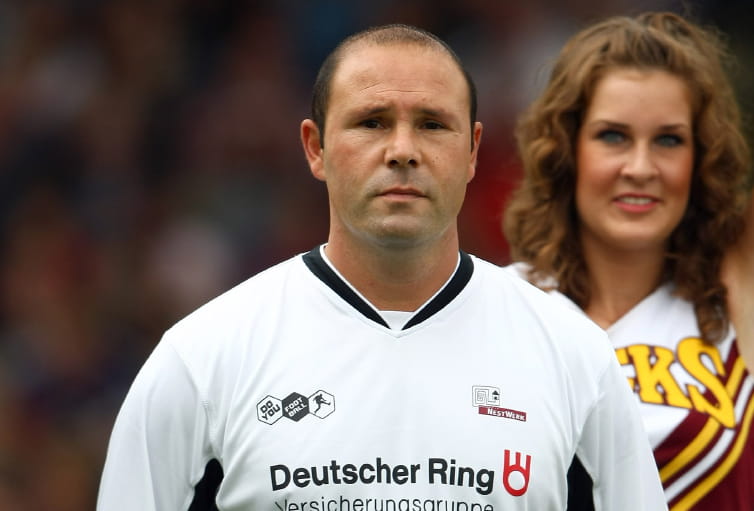 To make things even worse, RFC Liège reduced Bosman’s wages as he was no longer a first team player. Bosman took his case to the European Court of Justice in Luxembourg and sued for restraint of trade. He won his case and the shockwaves from that decision can still be firmly felt today.

So if the UK vote to leave the EU will we see a return of the horrid days of transfer tribunals? For those lucky enough to be too young to remember what happened pre-Bosman, let me briefly discuss how it would work.

Take an average player, in this example let’s give him a name, say Andy Carroll. Imagine he plays for Newcastle United and has reached the end of his contract. Liverpool want him to sign for them. Now Liverpool will say he is worth what they want to pay, let’s imagine £5 million. Newcastle will say he is worth £80 million. The tribunal will decide he is worth £35 million. Also, what happens if he wants to move to a European team? The laws of Europe would be incompatible with English law, so English clubs may have to pay a fee but not European clubs, the Spanish clubs would be rubbing their hands in glee.

So what do the Experts Say?

Rory Miller, former director of the MBA (Football Industries) programme at Liverpool University said, “If – after Britain left the EU – there was a strict migration quota strictly applied then one would assume that the Home Office would give preference to the thousands of workers needed to keep essential public services going. Footballers and other sports people would not be given priority, except, perhaps, for the absolute stars.

“The worst case scenario for the Premier League is that it would not be permitted to attract foreign stars in great numbers and would then lose ground in international sponsorship and broadcasting rights to rivals like Spain and Germany. This would make a minor hole in the UK’s invisible exports and tax receipts as well. 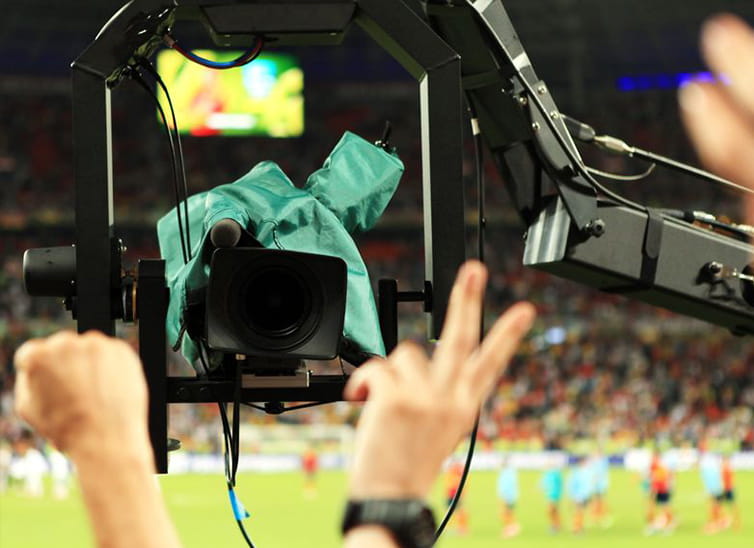 “While Premier League teams might thus be forced to give more opportunities to home grown English players, it is doubtful whether the growing insularity of English football would actually benefit the England team because of diminished opportunities to play against the very best and to be coached by the very best.

“In the end, it will all depend on how British politics evolve after an exit from the EU. If right wing ‘Little Englanders’ came to power, insisting on the strictest migration quotas, then the international attraction of the Premier League would be significantly reduced.”

Stronger and better off in Europe

Will Straw who is part of the Britain Stronger in Europe group said, “”British football, its clubs and its fans, are stronger and better off in Europe.

“For clubs, free movement plays a vital role in the transfer marker. Players from the EU can sign for UK clubs without needing a visa or work permit.

“Leaving the EU could have a big impact on foreign players, as a Guardian study has found that around two thirds of Premiership players from the EU would not meet the criteria currently used for non-Europeans to get a work visa automatically.

“Losing this unhindered access to European talent would put British clubs at a disadvantage. FA boss Martin Glenn has said that deteriorating relations between the EU and Britain is one of his ‘biggest concerns’. 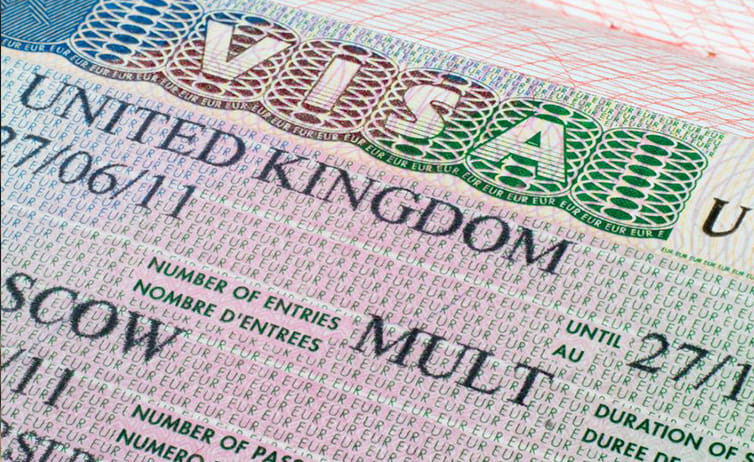 “But this is not just about the big leagues, it is also about the future of the sport. The EU promotes sport in schools across Europe. Under the Erasmus programme, anyone in Britain with a bright idea for a local football project can get money from the EU to get the ball rolling and make that idea a reality. Britain has received £1.5m in Erasmus sports funding over the past two years.”

However, possibly not surprising, Robert Oxley from the Vote Leave group stated a different viewpoint, “In the dressing room of the Britain Stronger in Europe campaign, the team tactics are quite clear. Run ‘project fear’ and scare voters about the prospect of leaving the EU.

“Their latest claims, that football would somehow be damaged by a vote to leave are utter nonsense and should be shown the red card.

“Their claims ignore the fact that outside the EU, we would be free to set our own policy on migration, visas, and work permits to suit our economy and our national game and instead assume we would apply an incredibly restrictive visa regime that literally no-one is arguing for.

“Right now we are both prevented from implementing policies to nurture domestic talent and from bringing the top footballing talent from right across the globe. That’s the worst of all worlds. 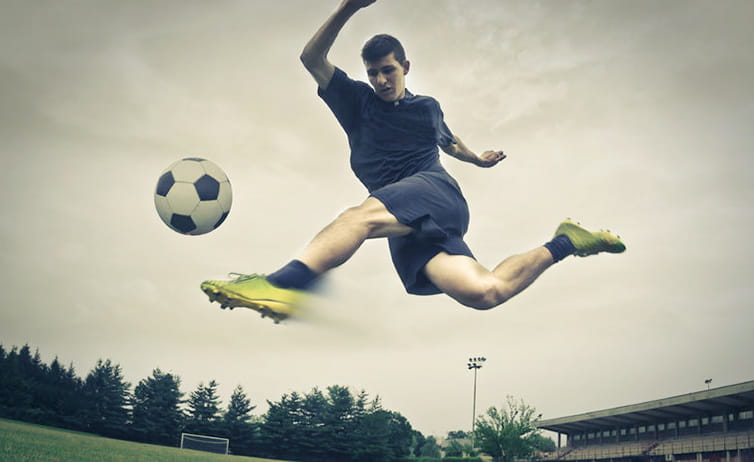 “The FA has acknowledged the recent restrictions that have been introduced on skilled immigration from non-EU countries are the direct consequence of the EU’s freedom of movement rules.

“This has hurt clubs’ abilities to bring in players from outside of the EU while preventing any limits from being imposed within the EU. That’s not a decision of anyone we elect, that’s thanks to the controversial 1995 Bosman ruling in the European Court of Justice. This trade-off has happened across the economy, but what if it didn’t have to give up control on players from inside and outside of the EU?”

Leaving the EU will be a great benefit

These sentiments were disputed by Brian Monteith of the Leave.eu campaign who said,

“”Leaving the EU will be of great benefit for British football for it will mean we can lift our horizons to recruit from the rest of the world because it will become easier to introduce footballers from countries outside the EU.

“All we hear is the scaremongering about leaving the EU when the truth is it offers positive opportunities for us and children from poorer nations. Who could be against that?

“The freedom of movement for people in the EU comes at the price of heavy restrictions on visas for potential signings from Africa, the Caribbean, South America and Asia. Once we leave the EU the UK will be free to treat footballers from all countries equally which will broaden the pool of talent for our teams, not reduce it.

“Why should our clubs find it difficult to gain a work permit for a highly talented Moroccan or Nigerian but a Belgian of only average talent is made an easy option. Surely it makes sense to treat everyone equally and let our clubs decide who they want to sign?”

Only time will tell we guess, we are now in a two-year period to sort out all the details, will we still stand shoulder to shoulder with our European cousins or will it be the messiest divorce since Paul McCartney and Heather Mills? No-one really knows what the implications will be at this point.

Will an EU exit mean English clubs can pick the world’s best stars or will going it alone create chaos and see a flood of players leaving for a warmer climate? What are your thoughts? Email your views to mailbag@bestbettingsites.co.uk and we will feature your comments on this page.