The richest race on the card at Cheltenham on Saturday is the £100,000 Grade 2 Betbright Trial Cotswold Chase over three miles and a furlong.

The race is a recognised trial for the Cheltenham Gold Cup in March and Master Oats (1995), See More Business (1998 and 2001) and Looks Like Trouble (2000) were successful in both races. Other notable winners include Grand National winners Neptune Collonges (2011) and Many Clouds (2015).

The strong favourite here is Thistlecrack who is expected to take another step towards Gold Cup glory. The nine-year-old son of Kayf Tara is trained by Colin Tizzard who has swept all before him this season. He could be joined by stable companions Cue Card and Native River at the Festival meeting.

Thistlecrack is unbeaten in his last nine races including the World Hurdle in March. Tizzard wasted no time in putting him over fences and he has won all four starts over the larger fences. He faced his biggest test in the King George VI Chase at Kempton on Boxing Day.

Tom Scudamore let him bowl into the lead at the ninth fence and he easily held off Cue Card by three and a quarter lengths. It is very rare to see a Grade 1 race won with such ease and he is as short as even money to win the Gold Cup.

Many Clouds out to test Thistlecrack

He won this race prior to winning at Aintree but he did not meet anything of the calibre of Thistlecrack. He was unable to repeat his National heroics when finishing in midfield last season but bounced back with a win at the same course in December. He made all the running that day to beat Le Mercurey by three and a half lengths. He is currently rated only 5lbs inferior to Thistlecrack and is expected to give him most to do.

Alan King’s Smad Place also has claims on his first start since finishing seventh in the Hennessy Gold Cup in November. He had won the Newbury feature by 12 lengths last season before winning this race by the same margin. He is a bold jumping front-runner and goes particularly well in testing ground. 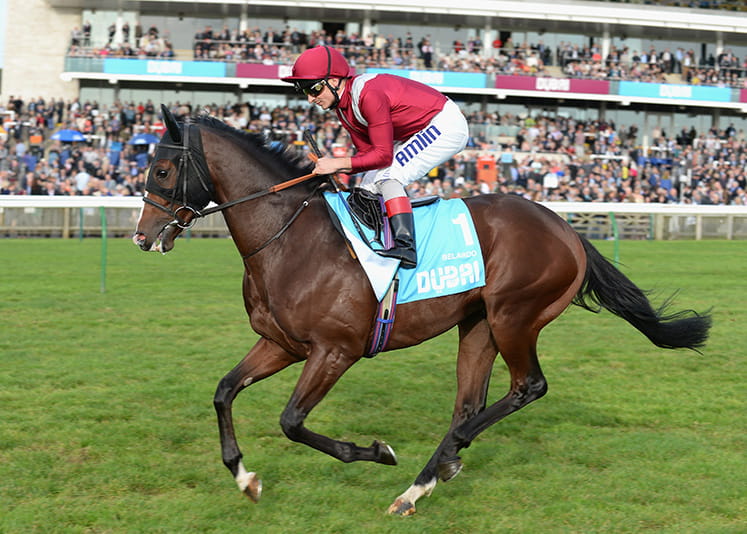 Paul Nicholls entered Silviniaco Conti, Vicente and Le Mercurey for this race. Silviniaco Conti looks the pick of the trio after finishing a highly creditable third in the King George behind Thistlecrack. He was only beaten three and a quarter lengths, although the winner was eased down in the closing stages.

Connections will have been encouraged by that performance after a disappointing effort at Haydock in heavy ground in November. He had chased home Valseur Lido at Down Royal in November, his first run since being pulled up in the Grand National at Aintree in April.

Shantou Flyer up in class at Cheltenham

Kerry Lee’s eight-year-old gelding Kylemore Lough is unproven at three miles. He was very progressive last season, winning five consecutive races culminating in a Grade 1 Chase at Fairyhouse in March. He reappeared at Ascot in November and ran on strongly to be beaten only a head by Royal Regatta over an extended two and a half miles.

Shantou Flyer won a competitive handicap chase here on New Years’ Day, leading at the second last before going on to beat Village Vic by three lengths. That was his first run since the summer but this represents a big step up in class. He was racing off a mark of 149 that day, 24lbs lower than the official mark of favourite Thistlecrack.

The Cotswold Chase is due off at 2.15 on Saturday 28th January and will be televised live on ITV4.