The feature race on the card at Cheltenham on Saturday is the £100,000 Grade 2 Cotswold Chase over three miles and a furlong.

The race is well established as a significant trial for the Cheltenham Gold Cup in March. Little Owl (1981), Master Oats (1995), See More Business (1998 and 2001) and Looks Like Trouble (2000) all won both races. In more recent years, the Cotswold Chase has been won by Aintree Grand National winners Neptune Collonges (2011) and Many Clouds (2015). The latter won the race for a second time last year when defeating Thistlecrack. Tragically, Many Clouds collapsed and died after the race.

Bristol De Mai favourite to bounce back in Cotswold Chase

Bristol De Mai is on the comeback trail from a disappointing run at for Nigel Twiston-Davies. He looked a lively Gold Cup contender after romping to a wide margin win in the Grade 1 Betfair Chase at Haydock. The grey seems unbeatable at that track when conditions are testing. He was made second favourite for the King George but was never travelling and eventually finished a tired sixth. His trainer blamed an ulcer condition for that lack-lustre display. Bristol De Mai has been beaten on both previous visits to Cheltenham.

The Last Samuri ran the race of his life when runner-up in the 2016 Grand National. He was raised 10lbs by the handicapper for that effort and has failed to get his head in front since. Kim Bailey’s ten-year-old has finished runner-up in his past two races at Kempton and Aintree. His latest effort was in the Becher Chase where he finished second to Blaklion under 11st 12lbs. That was a fine run in heavy ground .

American returns to action at Cheltenham

Harry Fry is represented by American, an eight-year-old gelding by Malinas. He was strongly fancied for the Ladbrokes Trophy in December but a mistake at the water jump effectively put paid to his chances.

Fry felt on reflection that it was an ambitious target for a young chaser with only three previous races under his belt. He won all three, culminating in an eight lengths victory over Rock The Kasbah at Uttoxeter in March. He remains an exciting prospect but this is a step up in class.

2015 Cheltenham Gold Cup winner Coneygree has failed to complete in his last two races. He was pulled up at Wetherby in November and again at Newbury the following month. Trainer Mark Bradstock is convinced that he can still win a big prize with his stable star, a close third to Sizing John at Punchestown last April.

Lizzie Kelly recorded a famous Grade 1 success aboard Tea For Two at Aintree last year. The victory made amends for being unseated at the second fence in the Gold Cup previously. Tea For Two was well beaten on his return to action at Haydock behind Bristol De Mai but ran a fine race in the King George next time. He reversed placings with the winner to be beaten just three lengths behind Might Bite. There is a suspicion that he is better on a flat track.

Brian Ellison’s Definitly Red was particularly impressive last time out when beating Cloudy Dream by seven lengths at Aintree. He had previously been no match for Bristol De Mai at Wetherby and will struggle to reverse the form on similar terms. 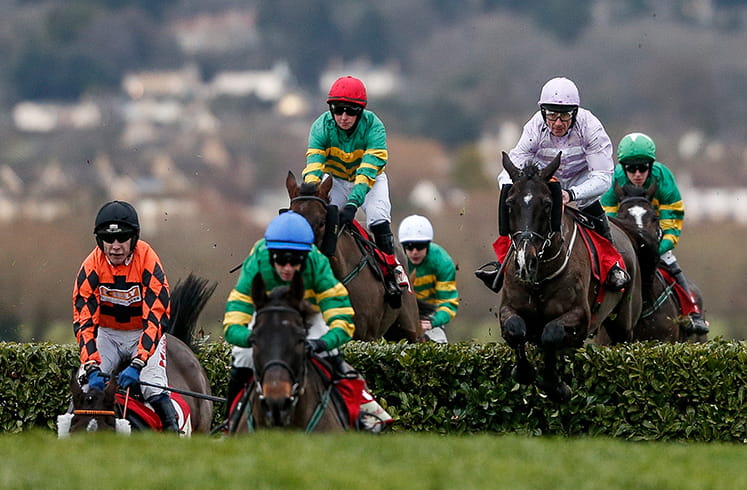 The Cotswold Chase is due off at 2.25 on Saturday 27th January and will be televised live on ITV4.