The Gold Cup picture is looking very murky at present with Native River and Might Bite both having been well beaten this season. A clear-cut winner on Saturday would certainly earn the right for a tilt at chasing’s Blue Riband event.

Paul Nicholls has won the Cotswold Chase on three occasions and saddles the ante-post favourite in Frodon. He must concede weight to his rivals but has a fine record at the course. He has been shouldering big weights in handicaps, finishing runner-up in the BetVictor Gold Cup before defying 11st 12lbs to win the Caspian Caviar Gold Cup. Both races were over two and a half miles so there is a question mark about the distance.

Frodon tackled three miles twice in 2017, finishing second on both occasions. They were at Sandown and Ascot and Cheltenham provides a stiffer test than either of those venues. The going does not look to be too testing and Bryony Frost comes in for the ride.

The second favourite is Coral Welsh National winner Elegant Escape, trained by Colin Tizzard. He is dropping down in trip after slogging to victory in soft ground at Chepstow. The son of Dubai Destination had previously chased home stable companion Sizing Tennessee in the Ladbrokes Trophy at Newbury. Elegant Escape has looked very one-paced in the past so a slowly-run three miles on quickish ground could find him out.

Nicky Henderson made some high profile withdrawals last weekend after some unsatisfactory test results. The Lambourn trainer is concerned about a bug in his stable. Having said that, those that he has chosen to run have certainly been firing on all cylinders. Altior was one of six winners from seven runners between Saturday and Monday.

Valtor was a late scratching from the Peter Marsh Chase at Haydock so it remains to be seen whether he will run here. The French-bred gelding led his rivals a merry dance when winning by 8 lengths on his UK debut at Ascot last month. That earned him a 33-1 quote for the Grand National and an ambitious entry in the Gold Cup.

Terrefort was second at last season’s Cheltenham Festival before winning at Aintree. He travelled nicely for Daryl Jacob before going clear of the consistent Ms Parfois. Punters made the grey odds-on to make a winning return at Sandown in November but he ran very flat and finished a remote last of four.

Black Corton ran as well as could be expected over an inadequate two and a half miles at Kempton recently. He finished second to Top Notch, overhauling the fading Charbel in the closing stages. That was an encouraging effort after being pulled up in the Ladbrokes Trophy. American was runner-up 12 months’ ago but also pulled up in that Newbury race and has not raced since. Minella Rocco was second in the 2017 Cheltenham Gold Cup but must overcome an absence of almost a year. 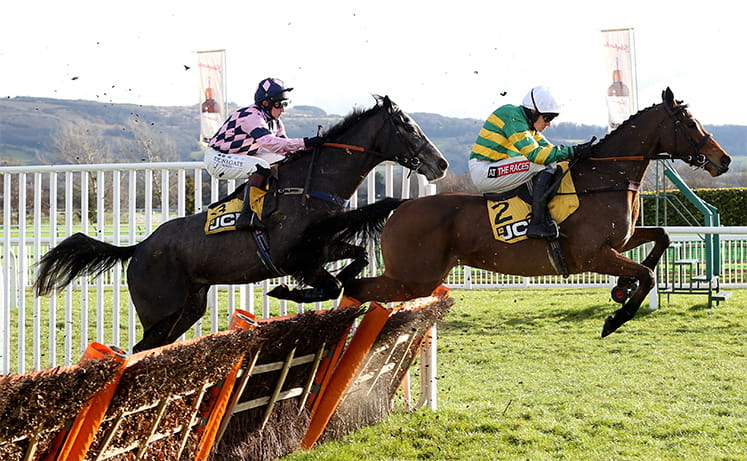 The Cotswold Chase is due off at 2.25 at Cheltenham on Saturday 26th January and will be televised live on ITV.