The Derby meeting gets under way on Friday with a top class card featuring the Group 1 Coronation Cup and the Epsom Oaks.

The Coronation Cup is held over the Derby distance for four-year-olds and upwards and has been won by many top class horses in the past. Aidan O’Brien is the leading trainer in the history of the race with eight victories, three of them courtesy of St Nicholas Abbey (2011-13). O’Brien was also successful with Yeats (2005) and most recently with Highland Reel (2017). Other notable winners of the Coronation Cup include Petite Etoile (1960-61), Mill Reef (1972), Bustino (1975) and Triptych (1987-88).

This year’s race revolves around Cracksman, a four-year-old son of Frankel trained by John Gosden. He was placed in both the English and Irish Derby last season but improved dramatically later in the season. A comfortable win in France was followed by an explosive performance in the Champion Stakes at Ascot in October, beating Poet’s Word by seven lengths.

Cracksman’s stable companion Enable, the winner of the Oaks on the corresponding card last year, has been kept off the racetrack through injury this season. Cracksman reappeared with an easy victory at Longchamp and the form has been boosted since. Gosden has made no secret of the fact that he believes his colt to be even better this season and it will be a major shock if he is beaten at Epsom.

Frankie Dettori has ridden Cracksman to five of his six career victories and will be in the saddle again on Friday. The heavy rain on Tuesday will have eased the going and that will suit Gosden’s charge perfectly. He is officially rated at least 8lbs superior to his rivals in the Coronation Cup.

O’Brien hopeful of a big run from Idaho

Aidan O’Brien saddles Idaho and Yucatan and is optimistic of a good run from the former. The five-year-old son of Galileo was also placed in the English and Irish Derby as a three-year-old. He was favourite to gain Classic success in the St Leger but stumbled and unseated his rider. His form has been up and down since but there were encouraging signs at Chester last month.

Given a confident ride by Ryan Moore, he eased clear to beat Danehill Kodiac in the Ormonde Stakes. There has been speculation that he may well become a Gold Cup contender this season but he remains a top middle-distance horse.

Yucatan only raced twice last season, finishing placed in Group races at Naas on both occasions. He also had excellent form as a juvenile but has obviously had his training problems. Godolphin hopes rest with Hawkbill, an impressive three lengths winner of the Sheema Classic in Dubai. The chestnut will handle the ground at Epsom having won the Eclipse in testing conditions in 2016.

He likes to race up with the pace and it could develop into an interesting tactical battle. 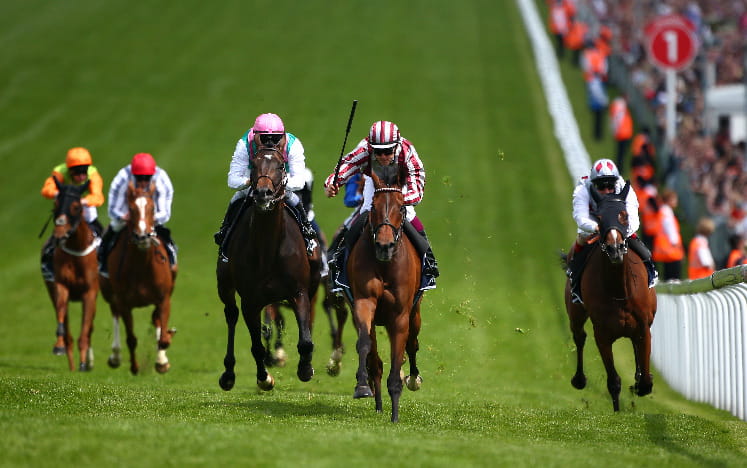 The Coronation Cup is due off at 3.10pm on Friday 1st June and will be televised live on ITV.