The Coral Welsh National has been re-scheduled at Chepstow this weekend after falling victim to the weather over Christmas. This marathon contest over three and three-quarter miles has been won by some top class chasers over the years. Cheltenham Gold Cup winners to score here include Burrough Hill Lad (1983), Master Oats (1994) and Synchronised (2010). The race has also been won by Aintree Grand National winners Earth Summit (1997), Bindaree (2003) and Silver Birch (2004). 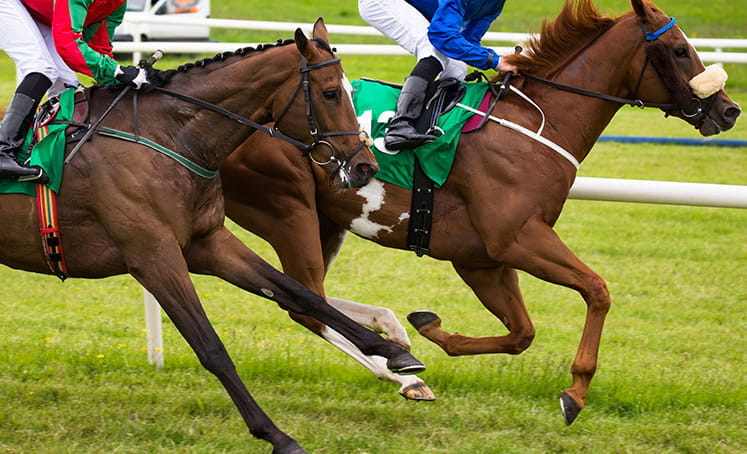 Entries were re-opened but the weights have been allowed to remain as previously stated. That means ante-post gamble Secret Reprieve can race off an 8lbs lower mark than he will in future events. The Evan Williams-trained chaser romped to a 12 lengths win over The Two Amigos and Bobo Mac in the Trial race here in early December. That was over three miles and the lightly-raced seven-year-old has an extra six furlongs to cover on Saturday.

Secret Reprieve had not won a chase prior to the Trial but was cut to 10-1 in the aftermath of that success. His price has since tumbled to as low as 7-2 as he bids to provide Wales with a second successive home-trained winner.

Paul Nicholls provides the top two in the weights with Yala Enki and Truckers Lodge, ridden by Bryony Frost and Lorcan Williams respectively. Bryony Frost will be full of confidence after her King George win on Frodon and Yala Enki has finished third here in the past two seasons. He is 4lbs higher than last season and was a surprise first fence faller at Aintree last time.

Truckers Lodge has gone up 16lbs since finishing runner-up to Potters Corner 12 months ago. The reason for the massive hike in the weights was his 18 lengths win in the Midlands Grand National at Uttoxeter. He parted company with his rider on his reappearance at Kelso in October but this has presumably been his target all season.

It is most unusual for a 12-year-old to show significant improvement but that appears to be the case with Vieux Lion Rouge. A veteran of four Aintree Grand Nationals, he once again demonstrated his liking for the formidable fences when winning the Becher Chase by 24 lengths last month. Like Secret Reprieve, he is 8lbs better off than he will be in future. He was pulled up in the 2018 Welsh National but has since won at the course over a shorter trip. Springfield Fox is prominent in the ante-post betting despite having raced only three times over fences. He won a novices’ chase here in January last year and followed up at Exeter in heavy ground. Tom George’s gelding was fancied for the National Hunt Chase at the Cheltenham Festival but jumped poorly and eventually unseated his rider at the sixteenth. He had a pipe-opener over hurdles here last month and the market support suggests a big run is anticipated.

The Two Amigos ran a satisfactory trial under a big weight and was fifth here last season off the same handicap mark. Bobo Mac will also have pleased connections by staying on into a remote third. That was the grey’s first start since wind surgery in November, although both horses must improve significantly to overturn the form with Secret Reprieve.

Prime Venture is a stable companion of the favourite but showed his well-being with a wide margin victory at Sedgefield in November. He finished fourth last season in first time cheekpieces which were left off for his recent success. The headgear is restored on Saturday and a 5lbs rise in the weights still leaves him on a light weight with Tom O’Brien in the saddle.

Ramses De Teillee was second here in 2018 and has enjoyed success over fences and over hurdles since. He beat Yala Enki by a short-head at Cheltenham in November and can be forgiven his moderate display at Aintree last time, a course he clearly dislikes. Christmas In April was beaten 13 lengths by Cloudy Glen at Fontwell in the Southern National but enjoys a 12lbs pull in the weights with that rival. Cloudy Glen has since been comprehensively beaten off his new mark and may have been flattered by his Fontwell success.

The Coral Welsh Grand National is due off at 3.10 at Chepstow on Saturday 9th January and will be televised live on ITV4.