The race is one of the most prestigious two-mile chases of the season and often attracts leading contenders for the Queen Mother Champion Chase at Cheltenham. Six horses have won this race before winning the two-mile championship at the Festival in March. Sprinter Sacre (2013), Sire de Grugy (2014) and Dodging Bullets (2015) all completed the double, the latter becoming a fifth win in the race for trainer Paul Nicholls. Un De Sceaux won the race last year and is favourite to repeat the victory for Willie Mullins and Ruby Walsh.

Willie Mullins trains Un De Sceaux who has 7lbs and upwards in hand of his rivals on official figures. The nine-year-old has won sixteen of his twenty-one races, most recently beating Sire De Grugy by a length in the Grade 1 Tingle Creek Chase at Sandown in December.

He travelled strongly in front with two to jump but was untidy at the last two fences and had to dig deep to fight off the persistent challenge of the runner-up. He proved no match for Sprinter Sacre last season in the Queen Mother Champion Chase and was beaten three and a half lengths. Nicky Henderson’s chaser beat him again at Sandown in April and remains the only horse to defeat Un De Sceaux in a race which he has completed over fences.

Un De Sceaux was beaten over hurdles in France in June but he failed to stay the extended three miles that day. He is now back at his optimum distance and is the one to beat on Saturday.

Ar Mad was a very smart novice, winning the Grade 1 Henry VIII Novices’ Chase and the Grade 2 Wayward Lad Novices’ Chase. He picked up an injury when coasting to an easy win at Plumpton and was forced to miss the Cheltenham Festival last season.

He returned to action at Sandown where he led until mistakes at the sixth and eight fences knocked the stuffing out of him. To his credit, Ar Mad stayed on again on the flat to finish only three and a half lengths behind Un De Sceaux in fourth place. He is expected to be a lot fitter on Saturday and should give the favourite most to do. 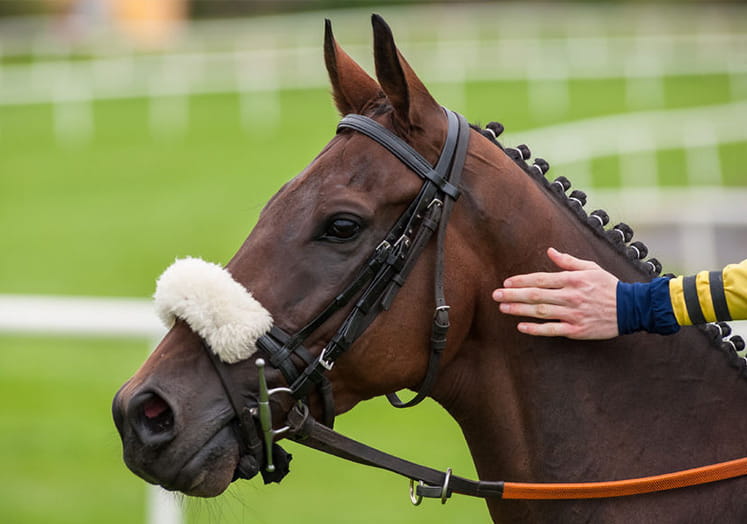 Royal Regatta steps up in class at Ascot

Dodging Bullets won the Champion Chase in 2015 but has had his injury problems since. Trainer Paul Nicholls tried him over two and a half miles without success and he is yet to recapture his sparkle. Royal Regatta held off the late run of Kylemore Lough by a head at this track in the Grade 2 Stella Artois 1965 Chase in November. He has been raised 9lbs to a career-high mark of 158, still 11lbs below the official rating of Un De Sceaux.

Top Gamble beat Dodging Bullets by ten lengths at Newbury in February last year and followed up in a Grade 2 at Fairyhouse the following month. He was well beaten on his seasonal reappearance at Cheltenham in November before finishing third over an extended two and a half miles at the same course on New Year’s Day.

The field is completed by Eastlake, an eleven-year-old gelding trained by Jonjo O’Neill. He produced a 33-1 shock when winning at Cheltenham last month. The son of Beneficial had pulled up in his previous two races and has a lot more to do here.

The Clarence House Chase is due off at 3.00 at Ascot on Saturday 21st January and will be televised live on ITV4.