Willie Mullins won the race for the first time with Annie Power and followed up in 2014 with Faugheen. He is set to run Laurina who is unbeaten in four starts since arriving from France last year. The five-year-old was backed as though defeat were out of the question at the Cheltenham Festival in March before cruising to victory in the mares’ hurdle. It was a similar story in a Grade 1 at Fairyhouse next time, beating Lackaneen Leader by eight and a half lengths. She is as short as 5-1 for the Champion Hurdle next year so anything less than an easy win here would dent those aspirations.

Call Me Lord has won five of his nine races for Nicky Henderson. The last of those by far his most significant, beating Lil Rockefeller by 16 lengths at Sandown in April. He had previously finished a close second in a handicap hurdle under a big weight on the same track. This looks to be his ideal distance at present, although a tilt at the Stayers’ Hurdle over three miles has not been ruled out.

Stable companion We Have A Dream looked an exciting prospect last season. He side-stepped Cheltenham to wait for Aintree where he won the Grade 1 Juvenile Hurdle by seven lengths. He was slightly disappointing on his comeback when only third to stable companion Verdana Blue at Wincanton. He was attempting to concede 6lbs to his stablemate on her favoured surface but was beaten nearly ten lengths at the line.

If the cap fits up in trip at Ascot

Runner-up that day was Harry Fry’s If The Cap Fits who was suffering his first defeat over hurdles. That was still an excellent effort following an absence of 319 days. The Milan gelding won a novices’ hurdle at the Kempton Boxing Day meeting on his previous outing. The step up in distance is an unknown factor but his pedigree and style of racing suggest that he will stay.

Lil Rockerfeller won this race a year ago for Neil King, beating L’Ami Serge by a length and a half. He lost his way after that but was skilfully trained to land a gamble on the flat at Glorious Goodwood in August. He has won twice over fences at Uttoxeter and Cheltenham and King is reportedly favouring to keep him over the larger obstacles. 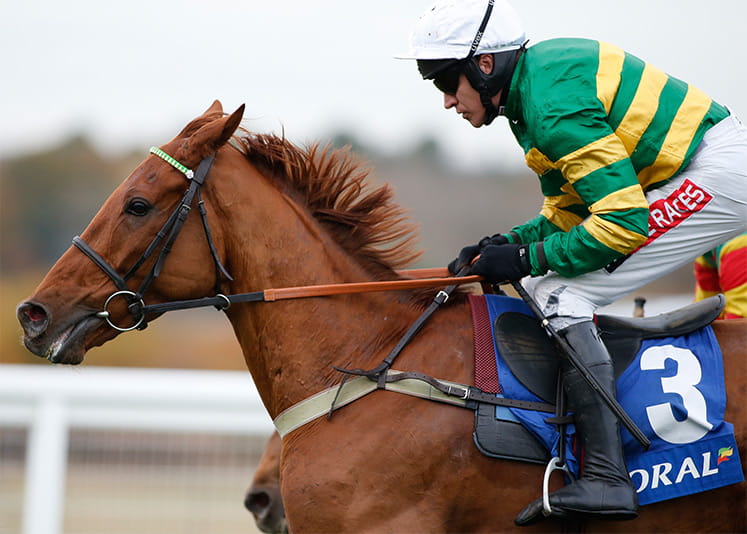 Old Guard ran a super race at Cheltenham in the Greatwood Hurdle last weekend. He carried 11st 7lbs into an honourable third place behind Nietzsche over two miles. He seems equally effective at two and two and a half miles and would have to respect if turning out again so soon. Rayvin Black is probably the best of the remainder, although he must overcome a lengthy absence for Oliver Sherwood. He likes to race up with the pace but his best form is at two miles and he spent most of last season racing over fences.

The Coral Hurdle is due off at 2.40 at Ascot on Saturday 24th November and will be televised live on ITV.