The highlight of Saturday’s racing at Sandown Park is the Group 1 Coral Eclipse Stakes over ten furlongs at 3.35.

Confidence behind Cliffs Of Moher

Ballydoyle are pinning their hopes on Derby runner-up Cliffs Of Moher who appears to carry maximum stable confidence. There were stamina doubts about the son of Galileo ahead of his Epsom run where he was denied by stable companion Wings Of Eagles. Cliffs Of Moher had won his previous start over ten furlongs at Chester and O’Brien believes that this is his optimum distance.

O’Brien’s only other remaining entry is Taj Mahal, fourth in the French Derby and sixth in the Irish Derby last week. He looks fully exposed with just one win in thirteen starts and may be employed in a pace-making role on Saturday.

Eminent has been impressive in his work since the Derby, clocking a speed of over 40mph on the gallops. He was also involved in an unfortunate incident which left his work rider with a fractured hip. Trainer Martyn Meade now believes that it was a mistake to hold him up at Epsom where he was only twelfth turning for home. He was not far behind Cliffs Of Moher at the finish and Silvestre de Sousa will be in the saddle at Sandown.

Barney Roy ready to step up in distance

The race also sees St James’s Palace Stakes winner Barney Roy tackle ten furlongs for the first time. Richard Hannon’s colt reversed form with 2000 Guineas conqueror Churchill at Royal Ascot. The favourite did not give his true running that day with Lancaster Bomber and Thunder Snow also finishing ahead of him.

One of the most interesting features of the Eclipse is the clash of the generations. This year’s Classic crop will be put to the test by the likes of Decorated Knight and Ulysses. Decorated Knight has never stopped improving and finished second behind Highland Reel in the Group 1 Prince of Wales’s Stakes last time out.

Roger Charlton’s five-year-old was beaten just over a length on ground that was probably faster than he likes. Ulysses finished virtually upsides in third place following his Sandown win in the Group 3 Gordon Richards Stakes. He has always looked more of a mile and a half horse so a fast pace will help him on Saturday. Lightning Spear has shown his best form at a mile and was well beaten on his only previous attempt at ten furlongs.

Salouen endured a luckless run in the Derby but could do no better than seventh place at Royal Ascot next time. Desert Encounter takes a big step up in class after finishing second in a Listed race at Goodwood in May. 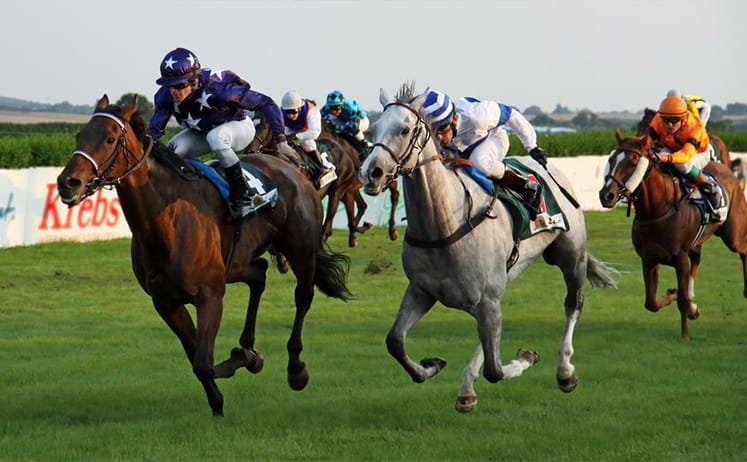 The Coral Eclipse Stakes is due off at 3.35 on Saturday 8th July and will be televised live on ITV.