Should the Commonwealth Games be scrapped?

The closing ceremony at this year’s Commonwealth games has caused widespread anger due to the TV coverage failing to show the athletes returning to the stadium. Normally television footage would feature the flag-bearers and athletes as they thank the crowd and give them a chance to show off medals won, but as the athletes were already in the stadium for the pre-show, viewers missed the chance to see the stars of the games. This is another in a series of blunders that has affected the games.

Newspapers reported that several incidents have blighted the Gold Coast’s Commonwealth Games, such as security guards being forced to sleep in parks and not being provided with any training, Volleyballers have been taken to the wrong city and perhaps more damaging PR wise was the fact that beer cost over $8 a can, something that didn’t go down well with the Australian public. This mismanagement has helped fuel the debate on whether the Commonwealth Games have any real purpose or whether they are just an antiquated remnant of a bygone area. We explore this debate in this article.

The case for scrapping the games

The Commonwealth Games started in 1930 and was originally called the British Empire Games. The first one was held in Ontario in Canada. The original rationale behind the event in fairness was full of good intentions. It addressed the issue that residents of countries such as British Guiana could not compete in the Olympic games for their country because it was a British colony.

The games would therefore allow smaller countries an opportunity to compete against high quality opposition. It would showcase the talents of athletes from smaller countries and instil a sense of national pride whilst embracing the notion of being part of a community of countries united.

It is this idea of competing against high quality opposition that I would raise as the first argument for scrapping the games. If we re-wind to 2014, 71 Commonwealth teams competed. More than half of those teams (34) failed to win any medals. Of the 261 medals won, more than half of them (139) were won by just three countries, England, Australia, and Canada.

These figures demonstrate that the games are little more than an ego massaging exercise by the more powerful nations, a chance to humiliate athletes who will receive a lot less funding than their Australian, English and Canadian counterparts.

Also, many people find the very notion of a “Commonwealth” deeply insulting and they feel Britain should be ashamed of its former empire rather than trying to portray to the world a fake idealism that the Commonwealth is one happy family, when the truth is that many Commonwealth members are suing the British government for reparations for slavery which the British profited from for over 400 years. Even today British companies control over $1 trillion worth of Africa’s most valuable resources that were secured during the colonial times. 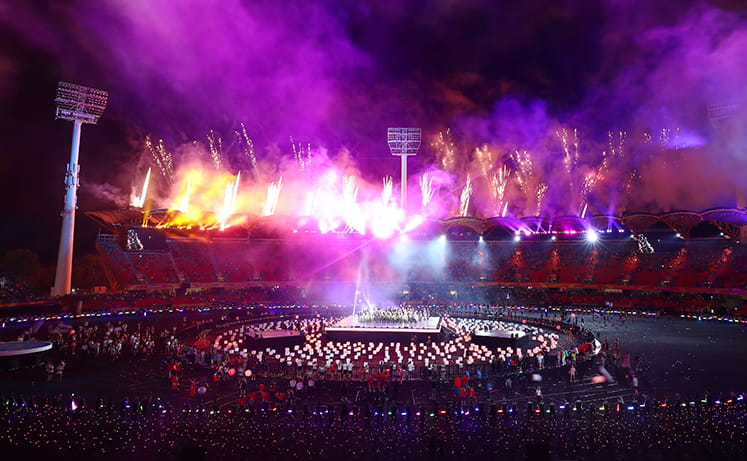 The case for keeping the games

It is the athletes that benefit from these games and what athlete wouldn’t want to make their nation proud? These games give opportunities for nations that would be highly unlikely to achieve at top level events such as the Olympics and World Championships.

This year the Cook Islands, Nauru, Grenada, Papua New Guinea and Saint Lucia all won medals. This inclusive nature of the games gives motivation and inspiration to millions all-around the globe. Young aspiring athletes see their compatriots winning medals and this encourages hard-work and dedication. This alone is reason enough to keep the games.

What are your thoughts? Do the Commonwealth Games give hope, inspiration and opportunities to athletes who would otherwise struggle to gain experience and publicity? Or are they nothing more than a Harlem Globetrotters type exhibition tournament that is largely ignored by the wider sporting community?