The 1.45 at Lingfield Park on Saturday is the £45,000 Listed Cleves Stakes for four-year-olds and upwards over six furlongs. The race was first staged in 2007 when it was won by King Orchisios, trained by Kevin Ryan. Rivellino became the first horse to win the race twice when successful in 2015 and 2016. The following season it was won by Lancelot Du Lac who went on to win the Stewards’ Cup at Goodwood. Kachy won the race last year for Tom Dascombe and Richard Kingscote.

Kachy is likely to start a short-priced favourite to repeat last year’s success. The six-year-old son of Kyllachy is race-fit after beating Gulliver by six lengths at Wolverhampton on Boxing Day. That was his first run since having wind surgery in September.

Last year Kachy beat Kimberella by a short-head in this race with Lancelot Du Lac back in sixth place. He was then runner-up at the All-weather championships before romping to a nine lengths win at Chester in May. He ran one of the best races of his career next time when finishing only a neck behind Battaash in third place in the Group 2 Temple Stakes at Haydock.

Lancelot Du Lac is now nine years of age and has been a great servant to connections. Dean Ivory’s sprinter has won 13 times from 57 starts. He lost his way on turf towards the end of last season but the return to the artificial surface should suit him.

Ryan Moore partners Cenotaph, a seven-year-old gelding by War Front trained by Jeremy Noseda. He has been beaten favourite in his last two races at Kempton, most recently losing by a short-head to Keystroke. That race came after a 91-day break so he should be a little sharper this weekend.

Mokarris set to return to action at Lingfield

Corinthia Knight has won eight of his 22 races for Archie Watson. He finished last of five behind Keystroke, beaten three and a half lengths and may struggle to reverse the form with Cenotaph. Watson also saddles Gorgeous Noora, unlucky here behind Alsvinder before making amends last month. The five-year-old mare was formerly trained by Luca Cumani and Hollie Doyle rode her to a three lengths victory off a handicap mark of 91. She has been raised to a new mark of 98 but is still some way behind Kachy (112).

Mokarris was a high class juvenile but has not raced since May 2017. Simon Crisford trains the son of More Than Ready who won the Listed Roses Stakes before finishing second to Blue Point in the Group 2 Gimcrack Stakes. His last appearance was behind the same horse at Ascot.

Stone Of Destiny struggled for much of last season, apart from a good run at Royal Ascot in June. He was gelded in September and showed promise on his return when third to Encore D’Or at Newcastle. He was slowly away and did not settle in the early stages so should improve on that effort.

Sir Thomas Gresham is the dark horse of the race, the winner of two of his three starts. He won at Windsor and Newmarket in the Autumn over six furlongs. He was stepped up to seven furlongs at Lingfield in November. He may not have quite seen out the trip and finished third to Breathless Times. 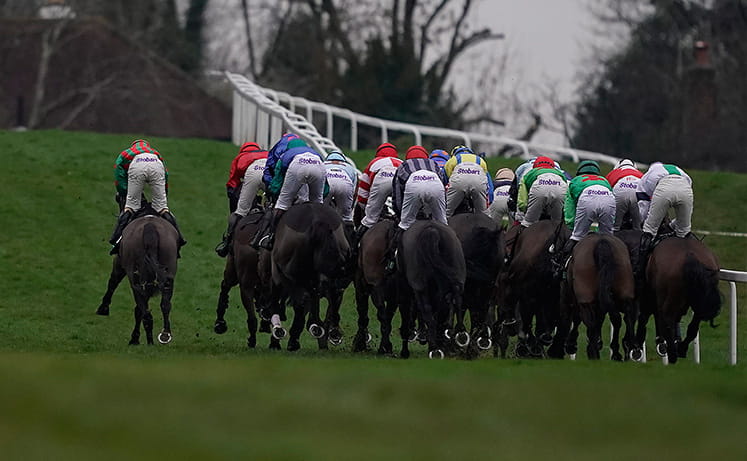 The Cleves Stakes is due off at 1.45 at Lingfield Park on Saturday 2nd February and will be televised live on Sky.