The feature race at Ascot on Saturday is the Grade 1 Clarence House Chase over an extended two miles at 3.35.

The race is a recognised trial for the Queen Mother Champion Chase at Cheltenham in March. Six horses have completed the double, most recently Dashing Bullets in 2015. He provided trainer Paul Nicholls with his fifth winner in the race. His previous winners were Call Equiname (1999), Master Minded (2009 and 2011) and Twist Magic (2010). Un De Sceaux has won the Clarence House Chase for the past two seasons for Willie Mullins and Ruby Walsh. He will be attempting to become the first horse to win the race three times.

Un De Sceaux officially has 10lbs and upwards in hand of his Clarence House Chase rivals. The ten-year-old has won nine of his fourteen chases, coasting to a 25 lengths victory at Cork on his latest outing in December.

That was his first run since finishing runner-up to Fox Norton at Punchestown in April. He had previously put up a brilliant front-running display to win the Ryanair Chase at the Cheltenham Festival. Un De Sceaux was a beaten odds-on favourite in the Queen Mother Champion Chase in 2016. The step up in distance for the Ryanair proved to be a master-stroke by Mullins. That race looks likely to be his main objective again this season.

Nicky Henderson has won the race on four previous occasions and relies on Brain Power on Saturday. The seven-year-old was a high class performer over hurdles, winning valuable handicaps at Sandown and Ascot. He ran too freely when well beaten in the Champion Hurdle before finishing fifth at Punchestown. Brain Power made a winning debut over fences in November but unseated his rider in the Grade 1 Henry VIII Novices’ Chase at Sandown. Sceau Royal had already taken his measure when parting company with his rider at the final fence.

Fehily aboard Kylemore Lough at Ascot

Harry Fry and Noel Fehily team up with Kylemore Lough, a nine-year-old gelding by Revoque. He pulled up on his first start for his new stable having previously been with Kerry Lee. Kylemore Lough started favourite in a valuable handicap chase at Cheltenham but a bad mistake at the water jump proved costly.

Nicholls will seek a sixth victory in the race with San Benedeto, a seven-year-old gelding by Layman. He has won six of his fifteen races over fences and was runner-up to stable companion Politologue at Exeter in November. He was no match for that horse at Sandown last time in the Grade 1 Tingle Creek Chase. After being held up in the early stages, San Benedeto weakened quickly from the third last to finish fifth of the six runners.

The outsider of the field is Nigel Hawke’s Speredek, a seven-year-old gelding by Kapgarde. He has won four of his six races over fences, most recently beating Gino Trail by eight lengths at Sandown in heavy ground. He was racing off a mark of 135 that day and has since been raised 10lbs. That still leaves him well over a stone behind Un De Sceaux on official ratings. 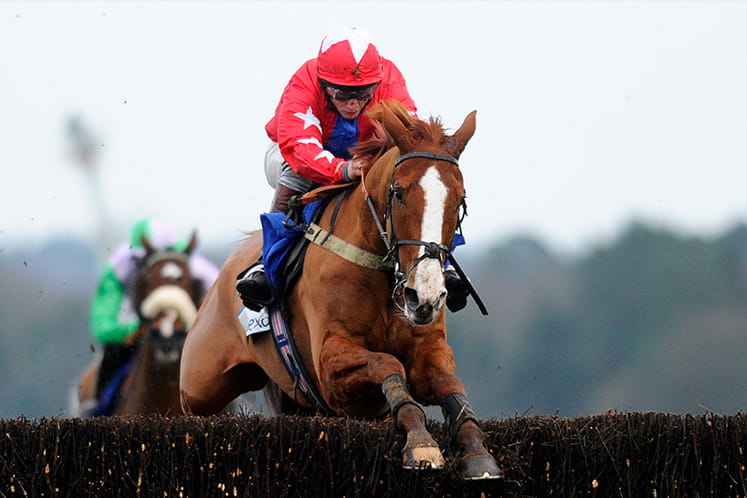 The Clarence House Chase is due off at 3.35 at Ascot on Saturday 20th January and will be televised live on ITV4.