The £625,000 Cheltenham Gold Cup is the highlight of the week with a field of sixteen runners over three and a quarter miles. This is the most prestigious prize in steeplechasing and the climax of the Cheltenham Festival.

The change in the ground to soft going has come at the right time for Native River. The nine-year-old has been well beaten in his first two races but this track on soft ground should play to his strengths. He was beaten by Bristol De Mai in the Betfair Chase in November where he had Thistlecrack in third and Clan Des Obeaux in fourth.

Colin Tizzard trains Native River and is also represented by Elegant Escape and Thistlecrack. Elegant Escape finished second to Sizing Tennessee in the Ladbrokes Trophy at Newbury. He then relished the stamina test in the Welsh Grand National, running on strongly to beat Ramses De Teillee.

Thistlecrack is the oldest of the trio at eleven but was only beaten a length and a half in the King George. Tom Scudamore kicked for home at the fourth last fence that day but was stalked up the straight by Clan Des Obeaux and beaten a length and a half. He has been largely overlooked in the build-up to this race but has a serious each-way chance.

Harry Cobden rides Clan Des Obeaux who burst on to the Gold Cup scene with his Kempton victory. He followed that up with an effortless victory over Terrefort at Ascot over three miles. There were only four runners that day and there are still question marks about his stamina. The horse tends to idle when he hits the front so we can expect to see Cobden playing his cards very late.

Davy Russell rides Presenting Percy who has not raced over fences since winning the RSA Chase here last year. Elegant Escape was well beaten in third place that day. Presenting Percy returned to action with a victory over hurdles at Gowran Park in January.

Willie Mullins saddles four runners with Al Boum Photo, Bellshill, Invitation Only and Kemboy. Ruby Walsh has chosen to ride Bellshill who won a sub-standard Irish Gold Cup by a short-head at Leopardstown. He finished nine lengths behind Kemboy on his previous start. Al Boum Photo won well at Tramore on New Years’ Day but fell on his previous visit to Cheltenham.

Might Bite started favourite last year but is as high as 16-1 this time. He has put in a couple of lack-lustre efforts but this will be his first race since wind surgery. His stable companion William Henry came back from the same operation to win the Coral Cup on Wednesday. Bristol De Mai fell in the King George and has been given plenty of time to recover. Trainer Nigel Twiston-Davies has faith in the horse and he would be a lively outsider on his best form. 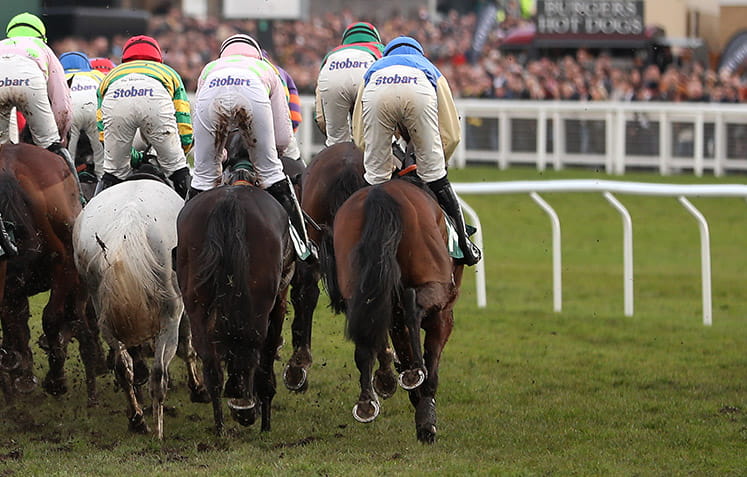 The Cheltenham Gold Cup is due off at 3.30 on Friday 15th March and will be televised live on ITV.