The Cheltenham Festival 2021 begins on Tuesday, with the top National Hunt horses from Great Britain and Ireland clashing over four days. There will be no spectators this year due to the pandemic, but ITV will be showing six of the seven races live each day. 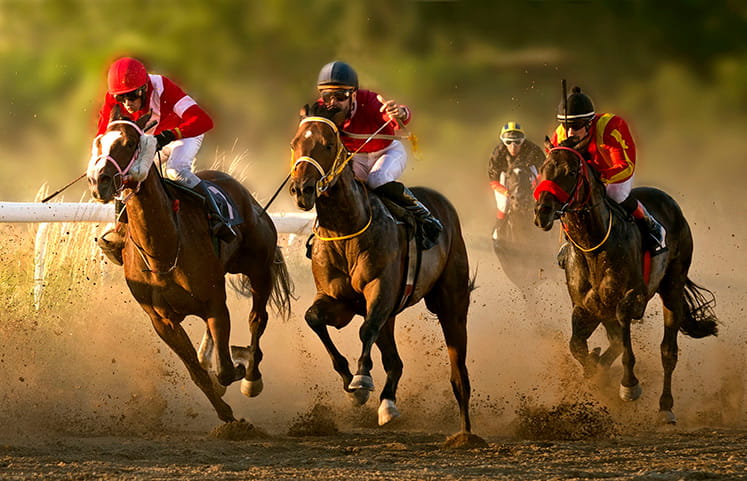 The opening day features the Champion Hurdle, with Epatante seeking to repeat last year’s victory for Nicky Henderson. She was a brilliant winner 12 months’ ago but suffered a shock defeat in the Christmas Hurdle at Kempton. The mare has since been treated for a back problem and is fit to defend her title. Her main market rival is the unbeaten Honeysuckle, trained in Ireland by Henry de Bromhead and ridden by Rachael Blackmore.

Henderson struck and opening day double last year with Epatante and Shishkin (Supreme Novices’ Hurdle). The latter returns to Cheltenham with his sights set on the Arkle Chase. He has yet to be seriously tested in three races over fences but now faces dual Grade 1 winning Irish chaser Energumene from the powerful Willie Mullins stable. Mullins could have his strongest ever team for Cheltenham this year and has strong claims with Appreciate It (Supreme) and Concertista (Mares Hurdle).

Mullins looks the man to follow on day 2, where his Chacun Pour Soi will start a short-priced favourite for the Queen Mother Champion Chase. He missed last year’s race through lameness and looks set to de-throne reigning champion Politologue. Monkfish is currently ante-post favourite for the 2022 Cheltenham Gold Cup and is expected to take the Brown Advisory Novices’ Chase. The stable could crown a great second day with Kilcruit in the closing Champion Bumper.

Tiger Roll won the Cross Country Chase in 2018 and 2019, going on to win the Aintree Grand National on each occasion. He was denied a chance to equal Red Rum’s record three Aintree victories by the pandemic. Connections have withdrawn him from this year’s National and the Cross Country could be his swansong. He faces a difficult task reversing last year’s from with 17 lengths winner Easysland who flies the flag for France.

Monkfish could have a Gold Cup rival next season in Envoi Allen, who puts his unbeaten record on the line in the Marsh Novices’ Chase. He has recently been transferred to Henry de Bromhead’s stable, but there seems no reason to expect anything less than another polished performance.

Day 3 looks a tricky one for punters with competitive racing throughout the card. Paisley Park and Thyme Hill are vying for favouritism in the Stayers’ Hurdle after battling out the finish of the top two trials this season. Dual Pertemps Final winner Sire Du Berlais comes good at this meeting and cannot be dismissed. The Ryanair Chase looks wide open, with Mullins holding a particularly strong hand. He could run Allaho, last year’s winner Min and four-time Festival runner-up Melon.

The climax of the week is the Cheltenham Gold Cup over three and a quarter miles on Friday. All eyes will be on Al Boum Photo as he seeks to emulate Best Mate with three consecutive wins in the race. He has followed the identical preparation as in the past two seasons. His main challengers are Champ and A Plus Tard, while King George winner Frodon faces his toughest task to date.

The action gets underway with the Triumph Hurdle, and Alan King’s Tritonic heads the market after an impressive victory at Kempton. He was a smart horse on the flat and could have too much speed for displaced favourite Zanahiyr.

The Cheltenham Festival runs from 16th to 19th March, with the first six races televised live on ITV each day.