The 2018 Cheltenham Festival gets under way on Tuesday 13th March, the first of four days of top class National Hunt racing. Over £4million of prize money will be on offer with a quarter of a million racegoers passing through the gates to witness the annual clash between the best horses from Great Britain and Ireland. Most bookmakers are going non-runner no-bet on all Festival races with numerous special offers available throughout the week.

The highlight of the opening day is Nicky Henderson’s Buveur D’Air defending his crown in the Champion Hurdle. The seven-year-old suffered his only defeat over hurdles when third to stable companion Altior in the Supreme Novices’ Hurdle here in 2016. He was a brilliant winner from My Tent Or Yours a year ago and has not been extended in winning his subsequent four races.

Willie Mullins is expected to get punters off to a flying start with the unbeaten Getabird in the Supreme this year. The six-year-old beat Mengli Khan easily in testing ground at Punchestown in January and this has been his target ever since. Apple’s Jade will be difficult to oppose if she lines up for the Mares’ Hurdle for Gordon Elliott. She needed the heart of a lion to repel Vroum Vroum Mag in the same race a year ago and is unbeaten since.

Bookmakers will be bracing themselves for some big bets on Samcro in Wednesday’s opening Ballymore Novices’ Hurdle. The chestnut carries the “banker of the week” tag for many Irish punters following his stunning victory in the Grade 1 Deloitte Novice Hurdle at Leopardstown.

Just as on day 1, all eyes will be on a Henderson horse in the feature race. Altior is yet to taste defeat in seven races over fences. The Lambourn trainer felt that he could be vulnerable after a 287-day break prior to winning the Game Spirit Chase at Newbury last month. The style of his victory over Politologue suggests that the Queen Mother Champion Chase is his for the taking.

Thursday could be the toughest day of the week for punters. Un De Sceaux will start favourite to repeat his triumph of twelve months’ ago in the Ryanair Chase. He warmed up for this race with a smooth success over two miles at Ascot in January.

The Grade 1 Stayers Hurdle has been nominated as the Festival target for Irish Champion Hurdle winner Supasundae. The eight-year-old posted a career-best when beating Faugheen that day and won the Coral Cup at the corresponding meeting last year. He won’t have things all his own way with the improving Sam Spinner and the high class Yanworth in opposition. 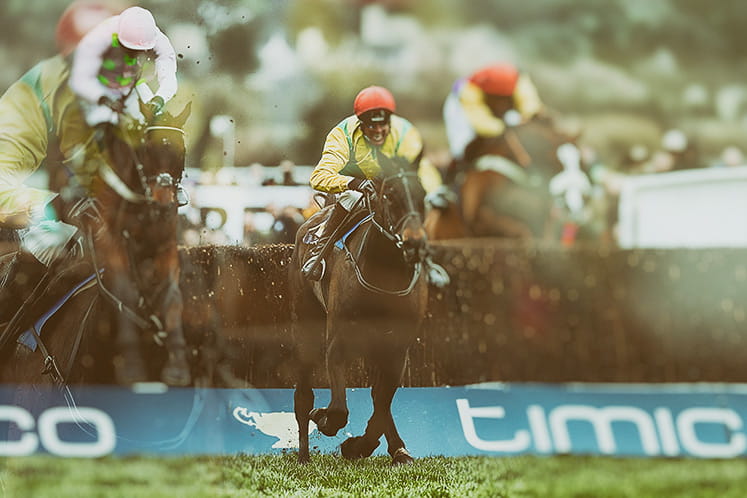 The Triumph Hurdle is the traditional curtain-raiser to Gold Cup Day, the juvenile hurdlers championship. Nicky Henderson has a terrific record in this race and Apple’s Shakira is a popular choice this year. The filly has won all four races under rules, most recently over course and distance in January.

Henderson also has the ante-post favourite for the Gold Cup with King George winner Might Bite. He won the RSA Chase last season despite wandering across the track in the closing stages. The nine-year-old has done little wrong since. Native River was third in the Gold Cup last year and won on his seasonal comeback at Newbury last month. Reigning Champion Sizing John suffered a surprising defeat at Leopardstown in December and returned clinically abnormal test results afterwards.

Coral are refunding all losing bets (maximum stake £25) on the opening race on Tuesday. They are also refunding bets up the same stake on all horses which fall or are brought down during the Festival meeting.

Double your winnings with Ladbrokes

*New and existing Ladbrokes customers will receive double their winnings (maximum stake £50) if successful in the opening race of the meeting! The bonus winnings will be paid as a free bet which must be placed within 24 hours.

**New customers for Sun Bets can have odds of 5-1 about Altior in the Champion Chase to a maximum £5 stake.

New customers to 888Sport can get 14-1 about Buveur D’Air and Altior winning at Cheltenham. Bets are limited to a £5 stake with winnings paid in free bets.

All Paddy Power punters will receive money back as a free bet (maximum £10) in races won by the SP favourite on Tuesday. The refunded stake will be available to use on any race for 7 days.

There are seven races each day with the first five scheduled to be screened live on ITV.