The highlight on the opening day of the 2017 Cheltenham Festival is the Stan James Champion Hurdle over two miles at 3.30.

This is the most prestigious hurdle in the National Hunt calendar but this year’s renewal has been blighted by injuries to the leading contenders. Willie Mullins has lost both 2015 Champion Faugheen and last year’s winner, Annie Power, to injury. Mullins had won the race twice previously with Hurricane Fly in 2011 and 2013.

Istabraq became the sixth horse to win the race three times when he was successful between 1998 and 2000. He was denied a record fourth Champion Hurdle victory in 2001 when the meeting was abandoned due to the outbreak of foot and mouth disease. Nicky Henderson has won the race five times, equalling Peter Easterby’s record. He can become the winning-most trainer in the history of the race if successful this season. Ruby Walsh, currently tied with Tim Molony on four wins, can become the most successful jockey if he rides a fifth on Tuesday.

Henderson could saddle three runners this year with Buveur D’Air, Brain Power and My Tent Or Yours. The former had been an intended runner in the Arkle Chase this season but the Lambourn trainer elected to revert to hurdles.

The six-year-old was a smart novice last season, finishing third to stable companion Altior in the Supreme Novices’ Hurdle before beating Petit Mouchoir by a neck at Aintree. Although successful in both of his races over the larger obstacles, he could not have been any more impressive when cruising to victory on his return to hurdles. He only had three rivals at Sandown but Barry Geraghty barely had to move a muscle to beat Rayvin Black by a length and a half.

Brain Power was also a useful novice but appeared to have his limitations exposed when he came third in a Grade 1 at Punchestown in April last year. He was well beaten on his first start at Cheltenham this season but has since won competitive handicaps at Sandown and Ascot. He was particularly impressive last time when beating Consul De Thaix by five lengths off an official rating of 149.

Alan King’s Yanworth has been elevated to favourite after winning the Kingwell Hurdle at Wincanton on his most recent outing.

The seven-year-old was one of the best-backed horses at the Cheltenham Festival last season but was beaten by Yorkhill. He had looked better suited at two-and-a-half miles but has been successfully dropped back to two miles in his last two races. He was fitted with cheek-pieces last time out when beating Ch’Tibello by a length.

Willie Mullins is yet to confirm his running plans for this race but has declared Vroum Vroum Mag, Wicklow Brave and Footpad. The former is very versatile but was all out to win over this trip at Doncaster in January and holds alternative engagements at the meeting. Wicklow Brave has not raced since beating only two home in the Melbourne Cup in November. Footpad has been beaten by Petit Mouchoir in his last two appearances. 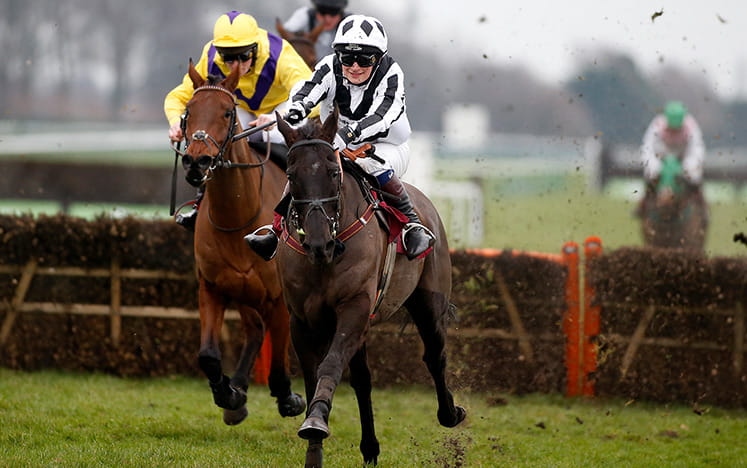 Henry De Bromhead is sending his strongest ever team to Cheltenham this year. He is represented in the Champion Hurdle by Petit Mouchoir, the winner of two Grade 1 races at Leopardstown this season. They grey was an unlucky faller when still going well at Newcastle in November before beating Nichols Canyon by five lengths the following month. He was not quite as impressive last time but was forced to make his own running against just three rivals.

David Pipe could run Moon Racer here in preference to the Supreme Novices’ Hurdle. The eight-year-old has very few miles on the clock and won the Cheltenham Champion Bumper in 2015. He has won his last two starts over hurdles but this would be a big step up in class. The New One will be running here for the fourth consecutive season. He is now nine years of age and booked his ticket with a game one length win in the Haydock Champion Hurdle Trial in January.

The Champion Hurdle is due off at 3.30 on Tuesday 14th March and will be screened live on ITV.