Chelsea have a mountain to climb

Chelsea started their Premier League season poorly. The Premiership title holders look uncertain and they are delivering unconvincing performances. They have demonstrated this not only in the five official games, but also in the pre-season matches. The Londoners secured only one victory, which is surprising for Jose Mourinho’s team. Now the situation in the team is totally different from last season. Chelsea seems to be very weak and it looks easy for their opponents to outplay them.

Eden Hazard and Cesc Fabregas are not in good shape. Belgium’s international player has performed at the top level throughout the campaign. Fabregas last season started strongly, and then in December, his form dropped off. Both are currently far from their best. Without their strong performance Chelsea’s midfield is not the same.

Arsenal climbed to fourth place in The Premier League standings after beating, seamlessly, Stoke City at “The Emirates 2:0 “, registering their first home success from the beginning of the season. For The Gunners, Theo Walcott started as a striker and England’s international gave the advantage to the “Gunners” by scoring a goal in the 31st minute of the match. Then Olivier Giroud scored making it 2:0, securing the points for his team. So, Arsene Wenger,’s players will be in a confident mood for the visit to Stamford Bridge.

Theo Walcott proved he can play as a striker and can start again for Arsenal. Giroud is expected to start from the bench again.

Chelsea’s goalkeeper Courtois is injured and will be replaced by Asmir Begovic, who played in the last Chelsea’ match, when they lost 1-3 to Everton.

Jose Mourinho can’t rely on Oscar who is still suffering from an injury.

Jose Mourinho (Chelsea) : “One day I will leave Chelsea, and when I do I will continue living in London.” 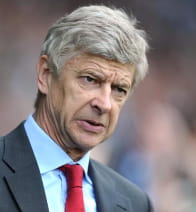 Arsene Wenger (Arsenal) : “Walcott has an eye for the goal.”