This race traditionally sees the reappearance of some of the leading contenders for the Cheltenham Gold Cup in March. Six horses have won the Charlie Hall Chase twice including Wayward Lad (1983 and 1985), One Man (1996 and 1997) and See More Business (1999 and 2000). Nigel Twiston-Davies has trained the winner on four occasions, most recently with two-time winner Ollie Magern in 2007. Other notable winners of the Charlie Hall include Burrough Hill Lad (1984), Forgive ‘n Forget (1986), Grey Abbey (2004) and Cue Card (2015).

Colin Tizzard starts Cue Card in this race for the third consecutive season. The eleven-year-old won in 2015 and was third to Irish Cavalier last season. Although connections were initially disappointed by his defeat, Cue Card bounced back to win Grade 1 races at Haydock and Ascot. Unfortunately he fell in the Cheltenham Gold Cup for the second year running. Tizzard has warned that the Ryanair Chase is a possible alternative this season.

Cue Card has won 16 of his 37 races and over £1million in prize money. He ended last season with a narrow defeat by Tea For Two in the Grade 1 Betway Bowl at Aintree. He usually goes well fresh but has to concede 6lbs to 2015 Gold Cup winner Coneygree.

Mark Bradstock has issued some very positive bulletins about the well-being of his stable star. Coneygree has managed only two racecourse appearances since his courageous all-the-way win in the 2015 Cheltenham feature.

He was beaten fifteen lengths by Cue Card at level weights in heavy ground at Haydock in November last year. The ten-year-old was then side-lined until April when finishing a close third to Sizing John at Punchestown. That was a tremendous run in the circumstances and Bradstock is convinced that he has him in even better form for Wetherby. He comes out on top on official ratings when Cue Card’s 6lbs penalty is taken into account.

Twiston-Davies has two entries as he seeks a record fifth win in the race. Bristol De Mai looks to have a tricky task with a 6lbs penalty while Blaklion could have his first run since the Aintree Grand National.

Bristol De Mai can be brilliant on occasions, notably when winning by a wide margin at Haydock in January. That run encouraged connections to take the Gold Cup route but he struggled on the quicker ground. He is a much better horse with plenty of give in the ground and the forecast is for soft going at Wetherby.

Blaklion has not won since the RSA Chase at Cheltenham in 2016. He has run some fine races in defeat including fourth to One For Arthur in the Grand National. He was beaten over ten lengths here by Definitly Red when attempting to concede 9lbs in December. Definitly Red is 13lbs worse off on Saturday for Brian Ellison. The eight-year-old was pulled up at Aintree after romping to victory in the Grimthorpe Chase at Doncaster. 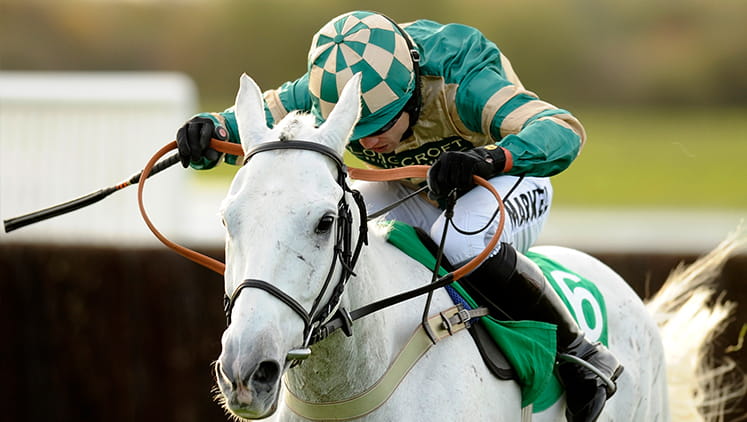 More Of That seeks confidence boost

More Of That has not quite fulfilled his potential over fences for Jonjo O’Neill. The former World Hurdle winner finished a fair sixth in last season’s Gold Cup but failed to complete in three of his six races.

Village Vic is a difficult horse to pass at Cheltenham over an extended two and a half miles. Eight of his last ten races have been at Prestbury Park, although he did win a handicap chase at Wetherby back in 2015. He did make one bad mistake at the last that day and fell at the seventh at Chepstow last month.

The Charlie Hall Chase is due off at 3.15 at Wetherby on Saturday 4th November and will be televised live on ITV4.