The feature race at Wetherby on Saturday is the Grade 2 Charlie Hall Chase over three miles. This is the first serious Gold Cup trial of the National Hunt season. Notable past winners include Wayward Lad, One Man, See More Business and Silviniaco Conti. Last year’s race was won by Ballyoptic who defeated Elegant Escape and Aso. 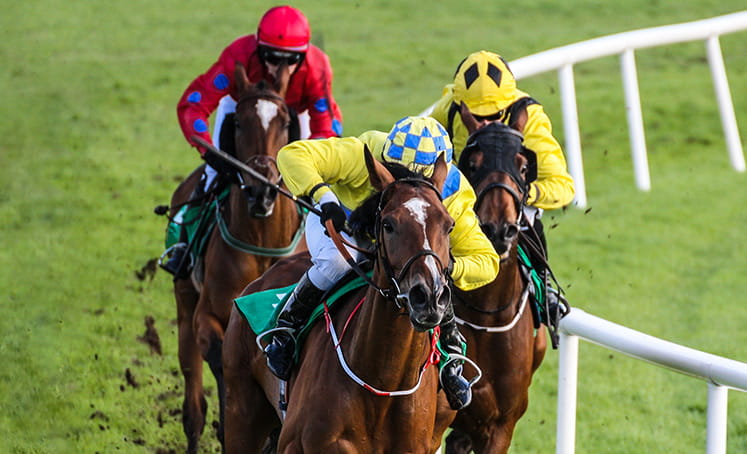 Cyrname Put to the Test on Left-Handed Track

Trainer Paul Nicholls has been debating all week whether to run stable star Cyrname in this race or at Ascot where he is a proven performer. The gelding jumped his way to the top of the official ratings last season by ending the record winning sequence of Altior over an extended two and a half miles. He was then soundly beaten by stable companion Clan Des Obeaux in the King George before falling when long odds-on favourite in the Ascot Chase.

Altior has subsequently been dropped back to two miles and was beaten for stamina at Ascot. Cyrname still has two big question marks against him; Can he win over three miles and will he be as effective on a left-handed track. If his Ascot rating is correct, he has almost a stone in hand of his rivals so there will be no hiding place at Wetherby.

Sam Spinner was an exciting novice last season, winning all three races over fences. He was a very talented hurdler but could also be a little quirky. He is yet to face anything of the calibre of Saturday’s rivals over fences, but two of his three chase wins were over this course.

Kim Bailey has elected to run Vinndication here rather than carry top weight in the Sodexo Gold Cup at Ascot. He looked an exciting prospect when winning the Ascot race last year by five lengths but did not reappear until the Cheltenham Festival. In the circumstances, he ran a mighty race to finish fourth to The Conditional under 11st 12lbs. He would have been receiving a lot more weight from Cyrname at Ascot had both horses gone there, but he will handle the track and the conditions.

The last two winners of this event are both set to line up in Ballyoptic and Definitly Red. It is safe to assume that Nigel Twiston-Davies has had this in mind for Ballyoptic all summer and the ten-year-old should give a bold showing. He lost his way last season but ended on a high note when winning a valuable chase at Ascot impressively. Definitly Red won this race in 2018 and is now an eleven-year-old. He has continued to race to a high level and was last seen winning by a wide margin at Kelso in February. He had previously run well in defeat at Aintree and Haydock. He was beaten 26 lengths by Ballyoptic when fourth last year and it is difficult to see him making up that much ground.

Mister Whitaker has not quite fulfilled the promise of his novice chase win at the 2018 Cheltenham Festival. He has won at Cheltenham again since in a valuable handicap chase and was third at least year’s festival behind Simply The Betts. That was a fine effort until 11st 7lbs, and he could run better than his odds suggest.

La Bague Au Roi is an admirable mare, but she was pulled up when favourite here 12 months’ ago. She would have a chance if able to reproduce her novice victory over Topofthegame but is coming back after a wind operation at the start of the month.

The Charlie Hall Chase is due off at 3.20 at Wetherby on Saturday 31st October and will be screened live on ITV4.