The highlight of Saturday’s card at Ascot is the £1.3 million Group 1 Qipco Champion Stakes over ten furlongs.

The race was originally held at Newmarket but switched to Ascot in 2011. It has always been regarded as one of the most important middle-distance races of the season. The roll of honour is littered with Classic winners including Brigadier Gerard (1971 and 1972), Pebbles (1985), New Approach (2008) and Frankel (2012). Tristan is the only horse to have won the Champion Stakes three times back in the 1880’s. Last year’s race was won by Almanzor for France, beating Found and Jack Hobbs.

The favourite here is Irish Derby runner-up Cracksman, trained by John Gosden and ridden by Frankie Dettori. The son of Frankel started favourite for the Epsom Derby and finished a close third to Wings Of Eagles.

He finished ahead of that colt in the Irish equivalent, although Wings Of Eagles did suffer an injury. Both were beaten by subsequent St Leger winner Capri. Cracksman did not reappear until August when bolting up in the Great Voltigeur at York. He then routed his field in the Group 2 Prix Niel at Chantilly. Connections swerved the Arc which would have meant a clash with stable companion Enable. The big question is whether he will be as effective over ten furlongs as is he is at a mile and a half.

Barney Roy and Ulysses produced one of the races of the season in the Coral Eclipse at Sandown in July. Ulysses came out on top by a nose that day with Desert Encounter over three lengths away in third. Sir Michael Stoute’s four-year-old has since confirmed the form at York, extending the advantage to two lengths. Barney Roy was driven ahead with two furlongs to travel but could not get Ulysses off the bridle.

Ulysses was a late withdrawal from the Champion Stakes on Thursday with Stoute preferring to rely on Poet’s Word. Barney Roy tasted Group 1 success in the St James’s Palace Stakes over a mile at Royal Ascot where he beat Lancaster Bomber by a length. His York defeat was the first time he had raced on a softer surface and that is a slight concern. 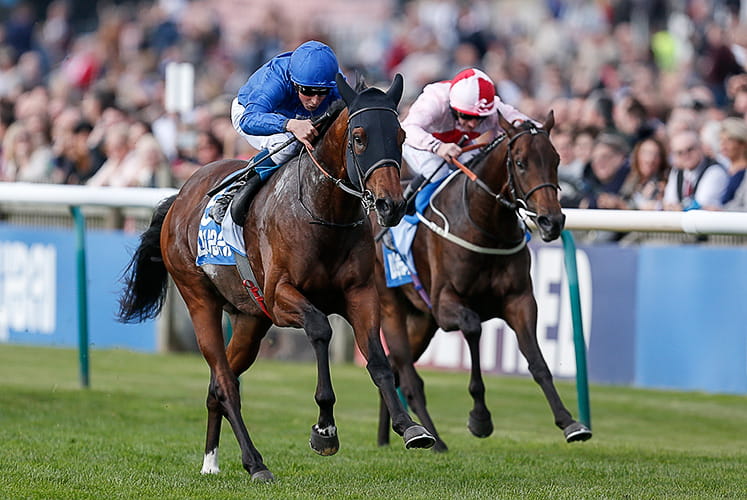 French Derby winner Brametot will be trying to emulate Almanzor a year ago. He won the French 2000 Guineas in May before edging out Waldgeist in the Derby. The winning margin was a short-head on both occasions. Brametot was well beaten at Deauville in August before finishing fifth in the Arc. He probably failed to see out the trip that day.

Poet’s Word proved himself a Group 1 performer when beaten half a length by Decorated Knight in the Irish Champion Stakes. Gallop watchers were most impressed with the four-year-old in his most recent workout and a bold run is anticipated.

Aidan O’Brien has elected to run Cliffs Of Moher and Highland Reel. The former was runner-up in the Derby but has been beaten in his three subsequent races. The Galileo colt looks held by Barney Roy on Eclipse form and was only sixth in the Irish Champion Stakes. Highland Reel won the Prince Of Wales’s Stakes at Royal Ascot on his favoured fast ground but is unlikely to get those conditions on Saturday.

The Champion Stakes is due off at 3.50 on Saturday 21st October and will be televised live on ITV.