The big two-year-old race at Doncaster on Saturday is the £75,000 Group 2 Champagne Stakes over seven furlongs.

The race has provided several Classic winners over the years including Grundy (1974), Wollow (1975), Don’t Forget Me (1986), Rodrigo de Triano (1991). The race has not been quite so informative in recent years but high class winners include Toronado (2012), Outstrip (2013) and Rivet (2016). Godolphin have won four of the last eight runnings with two winners apiece for Saeed bin Suroor and Charlie Appleby.

The famous blue silks of Godolphin will be carried here by the unbeaten Mythical Magic. He is a son of Iffraaj out of a mare by Octagonal. He made a successful debut at Ascot in July when beating No I’m Easy by two and a quarter lengths. Appleby put him up in class next time for the Listed Prix Francois Boutin at Deauville in August. Jamie Spencer made all the running and kept enough in reserve to hold Cascadian by three-quarters of a length.

Andrea Atzeni rides Red Mist for Simon Crisford, a colt by Frankel out of Red Dune by Red Ransom. He ran green on his debut but just edged out Bathsheba Boy by a short-head. The camera was not so kind to him next time, this time losing by a short-head to Hey Gaman at Newbury. That was in soft ground so he should not be inconvenienced by conditions at Doncaster.

Hey Gaman re-opposes on identical terms for James Tate and Martin Harley. That was his sixth outing of the season and followed an emphatic six lengths win at Newmarket in July. He likes to be up with the pace and it will take a decent two-year-old to get past him. 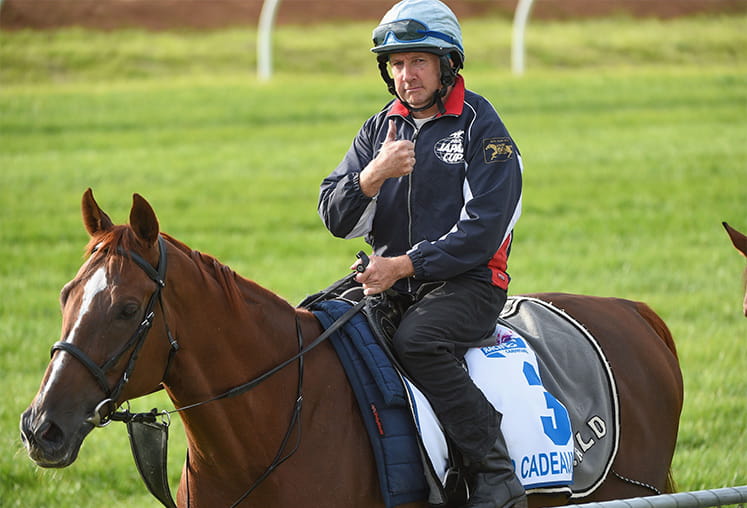 Aidan O’Brien has a modest record in this race with only Westphalia proving successful in 2008. He has declared Mendelssohn and Seahenge. Mendelssohn was well beaten on his racecourse debut but won next time over a mile at the Curragh. Seahenge was fancied at Goodwood in the Group 2 Vintage Stakes but was only fifth behind the impressive Expert Eye.

Mark Johnston’s Dream Today made a winning debut in the valuable Convivial Maiden Stakes at York’s Ebor meeting. He defeated Gabr by a length and a half after hitting the front with three furlongs to travel. That may not have been the strongest renewal of that race and he takes a step up in class.

Clive Cox and Adam Kirby won last week’s big race at Haydock Park and team up here with Grand Koonta. The Dark Angel colt won a Windsor maiden in July before staying on into eighth in a Group 2 at Newmarket. He has more to do here but does hold Group 1 entries in the Middle Park Stakes and Dewhurst Stakes later in the season.

The Champagne Stakes is due off at 3.00 at Doncaster on Saturday 16th September and will be televised live on ITV.