The £250,000 Cesarewitch Handicap is one of the most prestigious staying handicaps of the season.

It is the second leg of the Autumn Double following last month’s Cambridgeshire. Very few punters will be in with a chance of landing that particular bet following the 50-1 success of Dolphin Vista.

Aaim To Prosper (2010 and 2012) is the only horse to have won the Cesarewitch twice, returning at odds of 66-1 on the second occasion. Punters have had a lean time in this race in recent years, although Sweet Selection was a well backed winner in 2016. The average price of the winner over the previous ten years was over 30-1. It is usually worth noting the representatives of the big National Hunt yards in this race. Martin Pipe started the trend in 2000 and Nicky Henderson, Alan King and Philip Hobbs have all been successful since.

The Evan Williams-trained John Constable certainly fits into that category, four times a winner over hurdles. He has always been well regarded by connections but is only now fulfilling his potential over timber. He looked unlucky when falling at Aintree in April but made amends with a wide margin of success in the valuable Swinton Hurdle at Haydock.

John Constable reappeared at Market Rasen in July to defy 11st 12lbs off a 16lbs higher mark. He has not raced on the flat since 2014 and will start off a rating of 88. His hurdles form has improved significantly in recent months and he will be difficult to beat if transferring the improvement to the flat. Williams has booked champion jockey Jim Crowley for the ride.

There has also been significant support for Roger Charlton’s Withhold, a four-year-old gelding by Champs Elysees. He was formerly trained by Charles Hills and won a Haydock handicap over two miles in October 2016. Withhold made an encouraging return to action in September on his first run for Charlton, finishing third at Newbury. Silvestre de Sousa has been booked for the ride, successful in the Cesarewitch twice in the last four seasons.

Alan King sprang a 50-1 surprise in this race with Grumeti in 2015. He is represented by trial winner Who Dares Wins who will carry a 4lbs penalty. The five-year-old son of Jeremy has good form in these top staying handicaps, including when a close fourth in the Chester Cup in May.

Endless Acres is a lightly-raced four-year-old trained by Charlie Fellowes. He advertised his chances in the race when second to Thomas Hobson at Royal Ascot in June. The gelding has not raced since but has won after a lengthy lay-off in the past.

Anything saddled by Willie Mullins in these staying handicaps is worth a second look. The leading Irish National Hunt trainer is represented by Lagostovegas and Laws Of Spin. He has snapped up the services of Ryan Moore to partner Lagostovegas. The mare has won three times over hurdles, most recently beating David’s Charm narrowly at Listowel in September. Her best form has been with plenty of cut in the ground and she may not get those conditions at Newmarket. Andrea Atzeni partners Laws Of Spin, up 4lbs for his narrow success at Leopardstown last month. 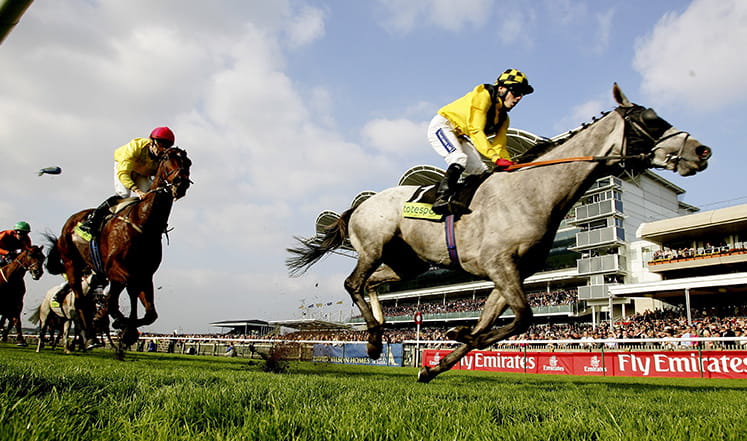 Graham Lee has been booked for hat-trick seeking Dubawi Fifty, trained by Karen McLintock. He has won his last two races at Ayr and Nottingham, staying on very strongly at a shorter trip. The gelding has been raised 5lbs for his latest success.

James Doyle rides London Prize for Ian Williams, a winner at Goodwood and Newcastle in the summer. The Teofilo gelding has not raced since beating Graceland by a neck in July and is another to have shown improved form over hurdles. Stable companion Byron Flyer cannot be discounted, a tough and consistent performer under both codes. He has been found one too good in each of his last four races and Fran Berry takes the reins. He is closely matched with Time To Study and Euchen Glen on previous form.

The Cesarewitch is due off at 3.40 on Saturday 14th October and will be televised live on ITV.