The £250,000 Cesarewitch Handicap is the second leg of the Autumn Double following the Cambridgeshire, two of the biggest betting races of the season at Newmarket. The race is for three-year-olds and upwards over two and a quarter miles and always attracts a large field.

The bookmakers have certainly been coming out on top in recent seasons with an average starting price return of almost 40-1 over the past six seasons. Aaim To Prosper won the race in 2010 at 16-1 and was virtually friendless at 66-1 when winning again two years later. Scatter Dice also returned at 66-1 for Mark Johnston in 2013 while Alan King’s Grumeti stunned punters at 50-1 last season. The last winning favourite was Darley Sun for David Simcock and Andrea Atzeni in 2009, the only successful three-year-old in the past seventeen seasons.

That last statistic may be a slight concern for supporters of ante-post favourite St Michel. Sir Mark Prescott has yet to win the Cesarewitch despite several fancied runners over the years. St Michel has improved throughout the summer and posted a career-best third to Sheikhzayedroad in the Group 2 Doncaster Cup last month.

That followed victories at Newmarket and Goodwood and his handicap mark has risen from 69 in May to a current rating of 116. He is set to carry a 4lbs penalty on top of his last winning mark of 93 so he is effectively 19lbs better in than if he had been assessed on his Doncaster run.

Sweet Selection is also theoretically “thrown-in” at the weights after finishing fifth in the Doncaster Cup. Hughie Morrison’s filly has been raised a stone from 87 to 104 in the official ratings but can race off her old mark here. She ground out a length and three-quarters victory over Sea Of Heaven at Newbury in July before finishing fourth to Oceane at York.

Her stable companion Star Rider also has each-way claims after winning the Goodwood Stakes over an extended two and a half miles in July. The grey burst clear of her field over a furlong out and was always holding Percy Veer. She was always likely to struggle in the Group 2 Park Hill Stakes at Doncaster next time and that run can be safely forgotten. This is much more her type of race and she could reward each-way support.

There has been plenty of ante-post support for David Pipe’s Starchitecht, a five-year-old winning hurdler. David’s father, Martin, won this race twice and the gelding is certain to have been well-prepared for the Newmarket marathon. Jamie Spencer has been booked for the ride with Ryan Moore partnering stable companion Ennistown. He warmed up for this race with a comfortable win over hurdles at Cartmel in August. 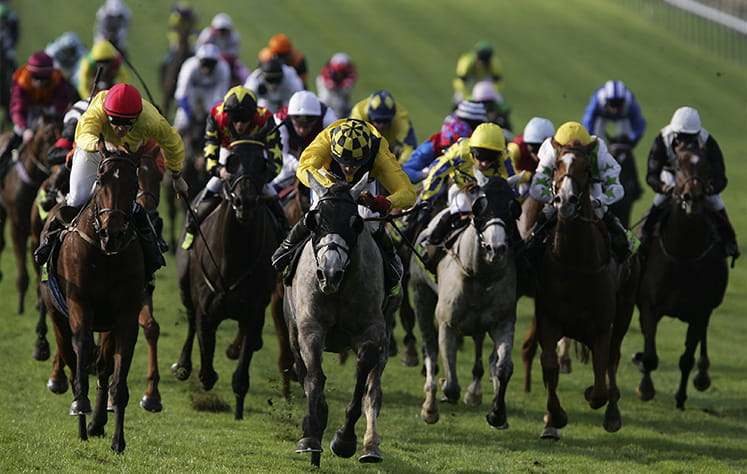 Mullins relies on Renneti at Newmarket

Magic Circle was well fancied for this race prior to a slightly disappointing run behind Intense Tango at Haydock in September. Ralph Beckett’s gelding had been an impressive winner at York in July on his previous outing which incurred a 7lbs rise in the weights. His best form has been with a bit of cut in the ground.

Renneti was fourth in this race last season for Willie Mullins, beaten only a length and half. He ran in the same Leopardstown race as Pyromaniac where he was never a threat but improvement can be anticipated. Oriental Fox was beaten a short-head by Grumeti a year ago and Mark Johnston’s eight-year-old will be making his third appearance in the Cesarewitch on Saturday. He was beaten a length and a half by St Michel at Goodwood in August and is now 6lbs better off.

Montaly finished ahead of Magic Circle at Haydock and was only beaten a head by Intense Tango. He had earlier loomed up, apparently full of running, only to fade into third behind Sweet Selection at Newbury. He looks on a favourable handicap mark at present but there are question marks about his ability to stay this distance and the fast ground is also a concern.

The Cesarewitch Handicap is due off at 4.10 on Saturday 8th October and will be televised live on Channel 4.