The big betting race at Newmarket on Saturday is the £350,000 Cesarewitch Handicap over two and a quarter miles. It is one of the most competitive staying races of the season and is the second leg of the Autumn Double following the recent Cambridgeshire Handicap.

Bookmakers have certainly enjoyed this race more than punters in recent years. Within the past twelve seasons there have been two 66-1 winners and two 50-1 winners. The only successful favourites were Darley Sun (2009) and Withhold (2017). Willie Mullins saddled the first two home last year when Low Sun beat Uradel by a neck. 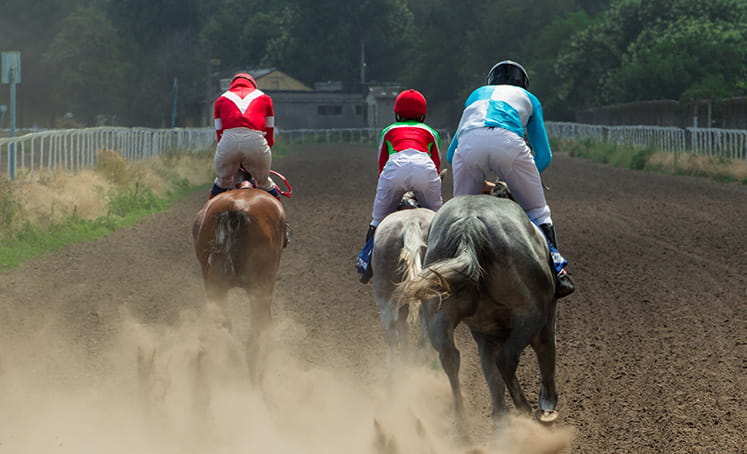 Buildmeupbuttercup is the ante-post favourite, a five-year-old mare trained by Mullins. She was the subject of a big gamble at Royal Ascot when finishing runner-up to The Grand Visir over two and a half miles. She comfortably won a maiden at Galway in July and was beaten a neck by Kastasa in a Leopardstown handicap last month. That was over a mile and five furlongs and she looks certain to relish the extra distance on Saturday. She is only 3lbs higher in the handicap than at Ascot and looks a worthy market leader.

Mullins is also represented by Great White Shark and Stratum. The former is a grey mare by Le Havre. Her chance is less obvious after finishing a well beaten third over hurdles at Galway. She did win a valuable handicap on the flat at the same course in July and has been given a 9lbs hike in the weights as a result. She hurdled poorly last time and she must be respected on her return to the flat.

Stratum won a poor race in Ireland in August before being beaten by Dr Mikey over hurdles at Listowel. He was a beaten favourite in the Northumberland Plate earlier in the season and is only 1lb lower in the handicap.

Sir Mark Prescott has yet to train the winner of the Cesarewitch but has two leading candidates this year. Timoshenko has gone up 5lbs for his neck victory in the Goodwood Handicap. That victory came after an absence of 355 days. His best form has been on faster ground so he may need the ground to dry out if he is to be at his best.

Stable companion Land Of Oz has been skilfully placed to win six of his last seven races. His latest success came in the Cesarewitch Trial over course and distance, beating Smart Champion by a length and a half. He picked up a 4lbs penalty for that success which enables him to sneak in at the foot of the handicap. Land Of Oz can take a keen hold in his races but does have winning form in soft ground.

Ranch Hand steps up in distance at Newmarket

Ranch Hand is a progressive three-year-old trained by Andrew Balding. The son of Dunaden was having only the fifth race of his career when beating Trueshan by two lengths at Haydock last month. This will be his first race beyond a mile and three-quarters and he is also up 4lbs.

Alan King saddles three runners here with top weight Who Dares Wins joined by Rainbow Dreamer and Coeur De Lion. All three look fully exposed but Who Dares Wins has been competitive in many of the top staying races, gaining a well-deserved victory in the Northumberland Plate at Newcastle. He will be helped by the 7lbs claim of jockey Angus Villiers on Saturday while Coeur De Lion was well beaten in this race 12 months’ ago. He ran well last time behind Withhold at Newbury and Rainbow Dreamer should be sharper for his run at Haydock.

Time To Study won the Old Borough Cup at Haydock by a neck from Alright Sunshine. The Ian Williams-trained gelding will certainly enjoy the forecast soft ground having previously won well in very testing conditions in France. Mr Everest has been racing over hurdles for Tony Martin and was not disgraced in a valuable handicap at Listowel last month.

Sneaky Getaway is a bumper winner trained by Emmet Mullins. He won a handicap at Tramore in August before being outclassed in the Group 2 Doncaster Cup behind Stradivarius. He will far more at home in this grade while Aidan O’Brien’s Cypress Creek also takes a drop-in class.

The Cesarewitch Handicap is due off at 4.10 at Newmarket on Saturday 12th October and will be screened live on ITV.