The big betting race this weekend is the Cesarewitch Handicap at Newmarket over two and a quarter miles. It is the second leg of the Autumn Double following the recent Cambridgeshire Handicap.

Favourites have a poor recent record with only Withhold (2017) winning in the last ten years. There have been some massive shocks during that time including Aaim To Prosper (2012) and Scatter Dice (2013) at 66-1 and Grumeti (2015) at 50-1. National Hunt trainers have enjoyed plenty of recent success and Willie Mullins has won the last two renewals with Low Sun and Stratum. 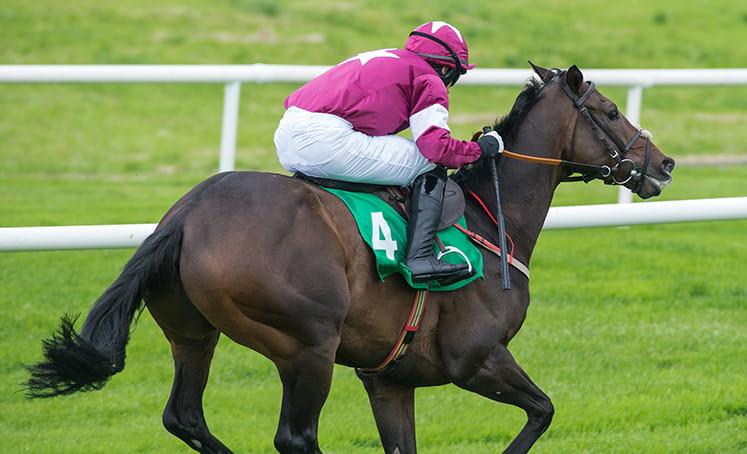 Andrew Balding’s progressive three-year-old Coltrane has been aimed at this race since winning the Melrose Handicap at York in August. He was completing a hat-trick that day off a mark of 86 when defeating Arthurian Fable by four lengths. The handicapper has put him up 11lbs but he still gets in here with a relatively light weight. The big question mark is whether he will stay the extra half a mile but his pedigree suggests he will.

Willie Mullins seeks a hat-trick in the race with Great White Shark, a six-year-old grey mare better known for her hurdles form. She has attracted plenty of money in the past few days and now shares favouritism with Coltrane. The mare finished third at the Cheltenham festival in March and won at the Galway Festival at the end of July. She ran here last season when only tenth behind stable companion Stratum where she lost her place over half a mile out.

David Pipe has gone close here on a couple of occasions and is expecting a bold run from eight-year-old Leoncavallo. He is a tough and consistent hurdler who seems to have improved following wind surgery and a move from Dr Richard Newland’s stable. He was last seen winning easily at Haydock and he is up 7lbs.

Not So Sleepy is another winning hurdler with connections eyeing a valuable prize on the level. He ran well last year to finish four and was a revelation over hurdles, winning the Betfair Exchange Hurdle at Ascot by 9 lengths. The handicapper put him up 17lbs for that success so he must be feared if transferring that improvement to the flat. He eased to a comfortable win at Pontefract on his reappearance recently and carries a 4lbs penalty.

The weights are headed by Summer Moon, a winner at York last time out for Mark Johnston. The four-year-old battled on gamely to beat Rajinsky by three-quarters of a length. He finished a close third last year but is now 9lbs higher.

Johnston also runs Mondain who has a similar profile. He won easily at Ayr last time out and has a 4lbs penalty. He seemed to benefit from the extended trip that day after being beaten 10 lengths by Believe In Love at Newmarket on his previous start.

Just Hubert won over two and a half miles at Goodwood in the summer but was well behind Summer Moon at York. He then chased home Stag Horn back at the Sussex track but his overall form suggests he favours a faster surface. Australis booked his place in the field when beating True Destiny on the all-weather at Chelmsford. His only poor run this week came in the soft at Haydock so that is a concern.

Rock Eagle was third over this distance at Salisbury last time but is yet to tackle two miles and seems to have had his injury problems. Alan King’s Coeur De Lion won at Royal Ascot in a first-time visor but was only ninth at Goodwood next time. He was well beaten last year but that run was too bad to be true.

The Cesarewitch Handicap is due off at 3.35 at Newmarket on Saturday 10th October and will be televised live on ITV.