The race was originally sponsored by Massey Ferguson and has been run under several different titles in recent years. The race often attracts runners from the BetVictor Gold Cup (formerly known as the Paddy Power) which takes place over course and distance earlier in the year. Pegwell Bay (1988), Senor El Betrutti (1997) and Exotic Dancer (2006) all won both races in the same season.

Poquelin won the race in successive seasons (2009 and 2010) for Paul Nicholls who also struck with Unioniste in 2012. Nicky Henderson has also been successful on three occasions, most recently with Quantitativeeasing in 2011.

Caspian Caviar Gold Cup winner Taquin Du Seuil was a surprise absentee when the final field of sixteen was announced on Thursday. Jonjo O’Neill’s nine-year-old just got the better of Village Vic by a neck with Buywise (third), Aso (fourth) and Bouvreuil back in fifth place. That leaves the Philip Hobbs-trained gelding with top weight of 11st 12lbs on Saturday. No horse has carried more than 11st 10lb to victory in this race since Pendil defied 12st 7lbs in 1973.

Village Vic won this race last year off a rating of 136 and is now 22lbs higher. He put up a courageous effort when just failing by a neck to hold on last time. He should not be worried by the faster ground on Saturday as he has won on all types of surfaces.

Bouvreuil is the ante-post favourite after finishing fifth in the BetVictor Gold Cup. A mistake at the third last cost him valuable momentum that day and trainer Paul Nicholls won two big handicap chases last weekend. Aso represents Venetia Williams and was just over five lengths away in fourth in the same race after hitting the second last fence.

Fehily aboard Thomas Brown at Cheltenham

Buywise often runs on late in these competitive two and a half mile handicaps so his excellent run in the BetVictor was not unexpected. He had caught the eye on his seasonal debut when staying on into fourth place in a handicap hurdle at Aintree in October. The good ground will suit the nine-year-old but there is just a suspicion that he needs three miles at this stage of his career. Noel Fehily rides Thomas Brown for Harry Fry, a narrow winner at Aintree last month. He was left clear with four to jump and battled on bravely when challenged by On Tour on the run-in. He has gone up 5lbs in the weights on Saturday. Frodon finished well beaten in tenth place after a bad blunder at the fourth last fence. He had won his previous three races impressively in small fields. Kylemore Lough was very progressive last season for Kerry Lee, winning five consecutive races. The last of those victories came in a Grade 1 chase at Fairyhouse in March and he ran a fine race on his return to action at Ascot. He looked held at the second last but rallied to such effect that he was only beaten a head by Royal Regatta. 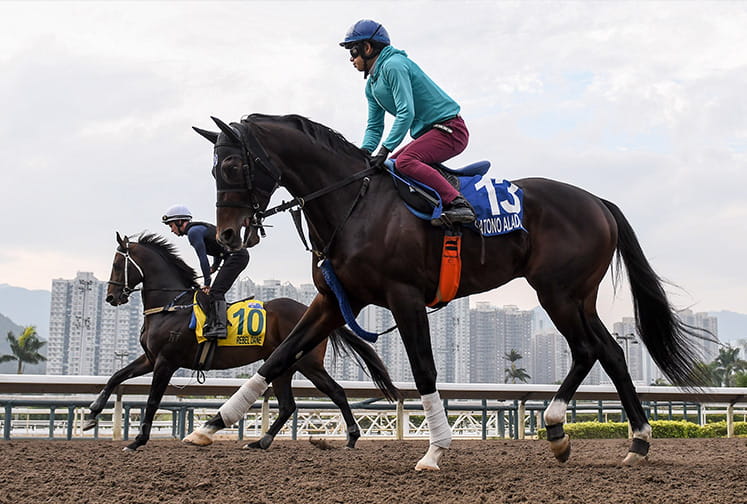 Roman Flight won a Newbury handicap by half a length from Red Spinner last time out. The good ground is in his favour but this looks a much tougher contest. Module was a promising chaser a couple of seasons back but was having his first run for almost two years when finishing fourth at Cheltenham last month.

Aloomomo’s participation hinges on the ground with connections not willing to risk him on anything faster than good to soft ground. King’s Odyssey has never raced on ground this fast and also has to be considered a doubtful starter. Colin Tizzard is doubly represented with Quite By Chance and Sizing Codelco, ridden by Tom O’Brien and Aidan Coleman respectively. The former won by six lengths at Ascot in October and ran on strongly to chase home Sire De Grugy at the same track last month.

The Caspian Caviar Gold Cup takes place at 1.50 at Cheltenham on Saturday 10th December and will be screened live on Channel 4.