The big betting race this weekend is the Betfred Cambridgeshire Handicap over nine furlongs at Newmarket.

The race is traditionally known as the first leg of the Autumn double which is completed by the Cesarewitch. Bronze Angel became the seventh horse to win the race twice when successful in 2012 and 2014. The race is one of the toughest handicaps of the season but punters have enjoyed reasonable success in recent years. Although Educate (2013) was the only winning favourite in the past nine seasons, the last five have been among the market leaders. Last year’s race was won by Spark Plug who held off the Godolphin-owned Carry On Deryck and Very Talented.

The ante-post favourite is Thundering Blue, a four-year-old trained by David Menuisier. The gelding has hit top form in recent weeks, winning at Epsom, Newmarket and Sandown. His first win came off a mark of 76 and he races off a mark of 93 on Saturday. His last victory was arguably his impressive, sweeping through the field to beat Monarchs Glen by a length and a half. The form was given a timely boost when the runner-up won a Listed race at Goodwood on Wednesday.

Brorocco landed a big handicap at Newbury last weekend when beating Fidaawy by a length. Andrew Balding’s four-year-old had been unlucky on his previous start at York. He showed an impressive turn of foot to win at the Berkshire track and a 4lbs penalty has allowed him to sneak into the line-up.

Stable companion Naval Warfare returned to form when beating Night Circus at Newmarket in July. He reappeared off a 4lbs higher mark to finish fourth to Khafoo Shememi at Sandown.

Big Country has been racing over longer trips this season for Michael Appleby. He beat Burguillos at York in June before finishing eighth in the Old Newton Cup. Big Country then finished second to Ballet Concerto in the John Smith’s Cup over an extended ten furlongs at York. He will be staying on in the closing stages and will be suited by the fast pace here.

Sir Michael Stoute’s El Hayem has missed a couple of recent engagements. He is yet to race beyond a mile but did win at that trip at Sandown in July. The four-year-old gelding then finished fifth behind Flaming Spear in a valuable handicap at York.

Carry On Deryck finished second last year and was a good third at Salisbury in August. He then finished fifth in a Group 2 in Turkey but could be anchored by top weight. Very Talented has not raced since finishing third here a year ago behind Spark Plug. Prior to that run, the Invincible Spirit colt had finished third at Ascot. He comes here on Saturday without the benefit of a recent run and that has to be a concern.

Linguistic races in the same colours at Very Talented and Carry On Deryck, those of Godolphin. He is also returning after a lengthy absence, having not raced since finishing second at Kempton in April.

Master The World is a regular performer in these big handicaps. He gained a well-deserved success when landing the Betfred Mile at Goodwood in August. He did not see any daylight when fourth to Ballet Concerto next time. The six-year-old then finished fourth to the progressive Mustashry at York. Master The World was beaten a short-head in the 2015 Cambridgeshire and is 9lbs higher this weekend.

Leader Writer has emerged as a springer in the market after winning in soft ground recently. The five-year-old was having only his third race since joining Henry Spiller from France. He has the potential to be better than his current handicap mark. 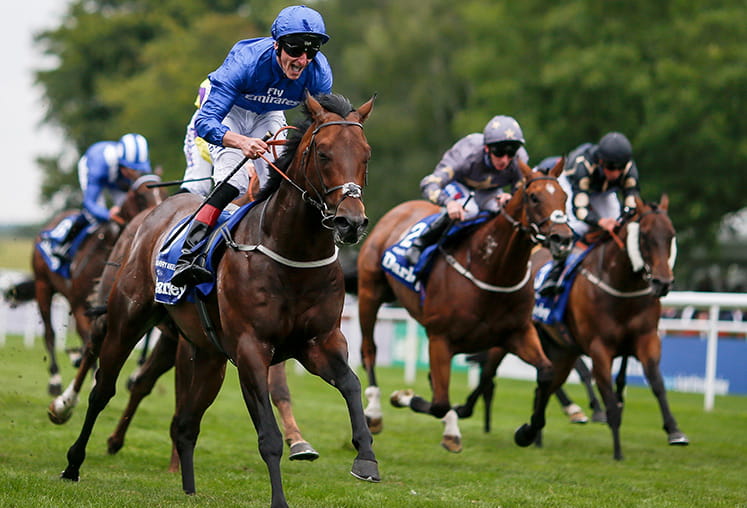 The Betfred Cambridgeshire is due off at 3.35 on Saturday 30th September and will be televised live on ITV4.