The big betting race at Newmarket on Saturday is the £120,000 bet365 Bunbury Cup at 3.25. The race is one of the most valuable seven furlong handicaps of the season.

James Bethell trained Mine to win the race three times in 2002, 2005 and 2006. He remains one of the most successful trainers in the history of the race along with Michael Jarvis and Richard Fahey. The latter won the race three times in five years, most recently with Rene Mathis in 2015. Last year’s Bunbury Cup was won by 7-1 joint-favourite Golden Steps for Marco Botti and Frankie Dettori.

The race looks every bit as competitive this year with Tashweeq and Flaming Spear vying for favouritism at around 8-1. Tashweeq is trained by John Gosden and ridden by Jim Crowley and comes here after a fine run at Royal Ascot. The four-year-old was beaten less than a length when third to Zhui Feng in the Royal Hunt Cup over a mile.

Tashweeq was a promising two-year-old but was absent for over a year after finishing fourth in the Dewhurst Stakes. He finished last on his return to action in April and started at 66-1 at Royal Ascot. The Bunbury Cup is one of the few top handicaps to elude Gosden in recent years.

Robert Winston rides Flaming Spear for Kevin Ryan, a winner last time out at Newcastle over this distance. He beat Fort Bastion by a neck on the all-weather surface and is 4lbs higher on Saturday. Ryan has always held him in high regard and he ran in the French 2000 Guineas in 2015. Like Tashweeq, Flaming Spear has very few miles on the clock.

Another horse who ran well at Royal Ascot is the Saeed bin Suroor-trained Steady Pace. The four-year-old son of Dark Angel was beaten half a length by Out Do in the Wokingham Handicap over six furlongs. He was doing all his best work at the finish and is a previous winner over seven furlongs. The extra furlong should be in his favour and Josephine Gordon retains the ride.

Mutawathea was beaten a length into third place here by Golden Steps. Simon Crisford’s gelding has run well in similar contests since without getting his head in front. He races off a 1lb lower mark on Saturday plus the 5lbs claim of apprentice rider Lewis Edmunds. He ran well on his most recent start to finish second to Viscount Barfield at York. 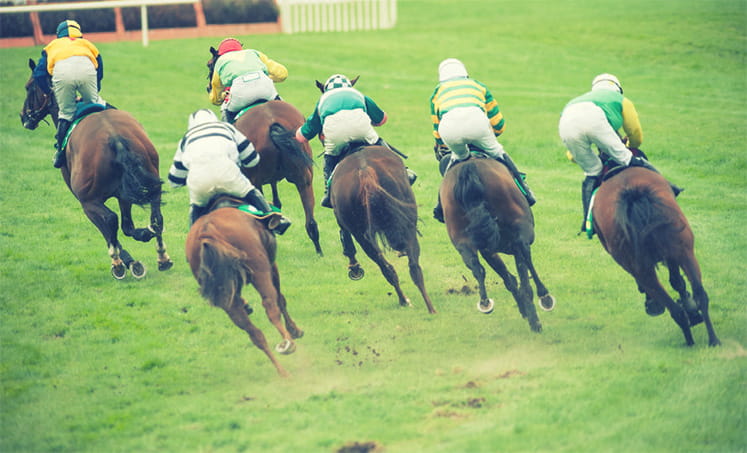 Shane Kelly rides the hat-trick seeking Gossiping for Gary Moore after back-to-back wins at Goodwood. The five-year-old shrugged off a 3lbs weights rise last time to beat The Warrior comfortably. The handicapper has put him up a further 8lbs on Saturday. Ryan Moore rides Tabarrak for Richard Hannon, a creditable fifth in the Hunt Cup last time. He shouldered 9st 11lbs that day and carries the same welter burden on Saturday. En Attendant was the last horse to carry such a large weight successfully when scoring under 9st 12lbs in 1994.

Jamie Spencer rides Buckstay, beaten a head in the Silver Bunbury Cup in 2015 but only eighth in this race a year ago. He was not suited by the drop back to six furlongs in the Wokingham, his first race since October. Buckstay will race in blinkers for the first time on Saturday and is drawn in stall eight. The pick of the outsiders could be Sir Dancealot, trained by David Elsworth. He was outclassed in the Jersey Stakes last time but has reportedly been working exceptionally well since.

The bet365 Bunbury Cup is due off at 3.25 at Newmarket on Saturday 15th July and will be televised live on ITV.