European-trained runners have a fine record in the one and a half mile Breeders Cup Filly & Mare Turf. Ouija Board won this race in 2004 and 2006 and other top class winners include Sir Michael Stoute’s Islington (2003) and Sir Henry Cecil’s Midday (2009). Wuheida claimed the prize for Charlie Appleby and Godolphin in 2017. Last year’s race was won by the home-trained Sistercharlie who finished strongly to beat Wild Illusion and A Raving Beauty. 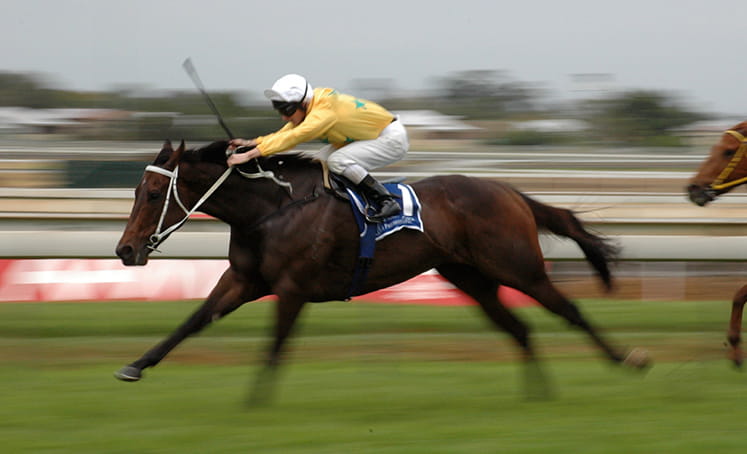 Chad Brown trains Sistercharlie and will have had this race on the agenda for the past 12 months. The five-year-old mare has an impressive track record of ten victories from fourteen races. She is undefeated in her last six races, most recently beating Mrs Sippy by three-quarters of a length in the Grade 1 Flower Bowl Stakes.

Although she was not particularly impressive that day, Sistercharlie rarely wins by a wide margin. Jockey John Velasquez knows her well, having ridden her in nine consecutive races. He will be looking to deliver her fast and late on Saturday evening.

Aidan O’Brien had been considering running Champion Stakes winner Magical but she was retired earlier this week. He still has a very interesting contender in Fleeting, a three-year-old daughter of Zoffany. She won the May Hill Stakes as a two-year-old and has been defeated in her all eight subsequent outings. However, she has been placed in three Grade 1 races.

She finished strongly in the Epsom Oaks when beaten only a length and a half into third behind Anapurna. Fleeting finished nearly six lengths adrift of Sistercharlie in the Beverly D. Stakes in August but she stumbled early in the race. On her most recent start she looked very unlucky in fourth behind Star Catcher at Ascot after being repeatedly denied a clear run up the home straight.

Richard Hannon’s Billesdon Brook has never quite received the recognition she deserves as a Classic winner. She was a shock 66-1 winner of the 1000 Guineas last year and has raced consistently ever since. She seems to reserve her best performances for Goodwood and Newmarket. A narrow victory over Perfection at the Sussex track in August was followed by a 16-1 success in the Group 1 Sun Chariot Stakes at Newmarket. It will be interesting to see how she copes with the turns of Santa Anita.

John Gosden does not have star performer Enable in action this weekend but she will stay in training next season. He relies on the progressive Fanny Logan, the winner of her last four races. The Sea The Stars filly won three listed races before taking a step up to Group 3 level at Newmarket last month. Frankie Dettori was able to ease her down close home that day but this is a big step up in class.

Joseph O’Brien has a couple of options for Iridessa, beaten two lengths into third by Billesdon Brook last time. She features at around half the odds of Richard Hannon’s runner but there did not seem to be any obvious excuses for her at Newmarket.

Mrs Sippy ran a couple of poor races for David Simcock this summer but has blossomed since joining Graham Motion in America. She won a Grade 2 at Saratoga before her gallant effort behind Sistercharlie at Belmont Park. Vasilika is another horse to have changed stables recently. The five-year-old has joined Dan Ward from Jerry Hollendorfer and is already a Grade 1 winner in the States. She was given a lot to do when third to Uni over a mile last time and the daughter of Skipshot stayed on well in the closing stages. The longer trip here is in her favour.

The $2million race is due off at 8.54pm UK time at Santa Anita on Saturday 2nd November and will be shown live on Sky.