This is the first time in the history of the Bosnian national team, they have a real chance of qualifying for The European Championship. The reason is also because Bosnia-Herzegovina was a part of Yugoslavia. The team participated in The World Cup, a year ago, and despite the early return home the team showed some nice football in Brazil. Now, the Bosnian players are two matches away from qualifying – they need to eliminate Ireland, which is not an easy task.

The Republic of Ireland have participated in two European Championships so far. The Green Army’s best record is in Group Stage matches. This is a chance for them to qualify for the third time in their history and they will be highly motivated to do that. If Ireland qualifies, maybe this will be the last major tournament for their legend Robbie Keane, who is now 35 years old.

The match in Zenica will be the second game ever between these two teams. Both teams met in Dublin 3 years ago, when Ireland won 1-0. The only goal in the match was scored by Shane Long in the 78th minute. The striker is in O’Neill’s squad again, so we can expect another goal from him.

The goalkeeper Shay Given and the forward David McGoldrick are definitely out for the fixture, because of injuries. Given is suffering from a knee injury.

John O’Shea of Sunderland is suspended for the first leg, as is Stoke’s attacker Jon Walters. However, O’Shea is suffering from a hamstring problem, but O’Neill hopes he will be fit for the second leg.

Mehmed Baždarević is going to give a chance to the Empoli’s forward Rade Krunic, who can win his first international cap.

Edin Dzeko of AS Roma, who is Bosnia-Herzegovina’s top goal-scorer, will lead the attack for his team again. He scored 7 goals in the qualifying campaign. 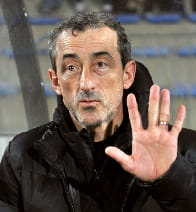 Mehmed Baždarević (Bosnia-Herzegovina) : “We are masters of our destiny.” 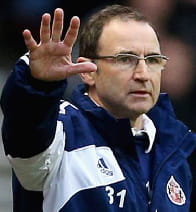 Martin O’Neill (Rep. of Ireland) : “We will play the second leg at home and that is a big plus for us because the Irish supporters were fantastic in our last game there against Germany.”