The draw for this years’ Champions League has been made and has produced some stunning fixtures. Highlights include Tottenham drawing Barcelona and Manchester United facing former player Cristiano Ronaldo when they meet Juventus in the group stage. We take a look at all the groups containing English teams.

Tottenham had a difficult group stage last season that contained renowned Spanish giants Real Madrid. They, however, beat Real Madrid 3-1 at Wembley and settled for a 1-1 draw at the Santiago Bernabeu, becoming the eventual group winners. Mario Pochettino’s men will hope they can once again repeat the feat against Spanish opposition, Barcelona being the opponents this time.

Tottenham have been impressive this season, winning three of their four opening matches and will be looking to continue with this form into the Champions League. The Three Lions captain, Harry Kane is their main threat up front. He will be pairing up with new sensation Lucas Moura who stepped in for Heung-min Son and is already a fan favourite with three goals in the league so far.

This group has four great teams, on paper, it looks like the group of death in the tournament. Barcelona will be longing for a Champions League title as their greatest rivals in Madrid have won three in a row. They have a great team with new reinforcements and are the favourites to win the group and 2nd favourites to win the tournament as a whole. Former Liverpool striker Luis Suarez is another player to watch as he is a natural striker with great goal-scoring prowess.

2010 Champions Inter Milan are making a comeback in the competition, having been absent since the 2014-15 season. Inter have a great squad and will be looking to pose a challenge especially with their goal machine Mauro Icardi in the team. Icardi was the 2017-18 Serie A top scorer and has just passed the 100 goal mark for the Italian champs. They also have a new quality midfielder in Belgium’s reject Radja Nainggolan who has settled well at the San Siro.

Netherlands Champions PSV will be hoping the teams in the group underestimate them as they have a lot to offer. They have a pedigree of winning European titles, claiming the UEFA Cup in 1977–78 and claiming the European top prize in 1988.

Liverpool have made a fantastic start to the season in the league with four wins out of four, with just one goal conceded. The Reds showed intent in the transfer market, making four signings for about £177m to strengthen the squad that made it to the final in last season’s campaign. They had a disappointing final match against Real Madrid with two goalkeeping errors by Loris Karius costing them the title. Klopp broke the world record for a goalkeeper to address this weak spot and Liverpool are many people’s tip to win the competition.

PSG made a record-breaking signing last summer when they paid £222m for Brazilian maestro Neymar. Their Champions League dream was however cut short when their star man was injured and they were knocked out by eventual winners Real Madrid in the round of 16. This time around they stand a better chance, especially with the development of the World Cup’s best young player, Kylian Mbappe.

This group may be a great face off of a battle for who has the best-attacking trio between Liverpool’s Mohammed Salah, Sadio Mane, and Roberto Firmino against PSG’s Edison Cavani, Neymar, and Mbappe.

Napoli had a defining season with Maurizio Sarri who has since moved to the Stamford Bridge. They still have the same team and are not to be underestimated as they are capable of winning the group. The talking point will be Edison Cavani facing his former team.

Serbia Crvena Zvezda who are better known to English fans as Red Star Belgrade are the only Serbian team to have ever won a European Cup when they clinched the 1990-91 edition. They are now back on the European stage as they look to re-establish themselves as a big name in the competition.

Manchester City appear to have the easiest group in comparison to other Premier League teams. City suffered a major blow with an injury to their best midfielder, Kevin De Bruyne who was their assist leader throughout last season. This should not overly worry the reigning English champions though as they have great depth in the squad and new signing Riyad Mahrez finding his form. The Sergio Aguero and Gabriel Jesus partnership is what the teams should be worried about as they have been lethal. The Champions League is the title that City owner Mansour bin Zayed Al Nahyan craves and this should be a routine group to top.

Shakhtar Donetsk grabbed European attention in December last season as the first team to do what all English teams had failed to do – beat Manchester City. They have once again been grouped with the reigning English champs who will be all too aware of the threat they pose. Will lightning strike twice?

Olympic Lyon had a successful UEFA Europa campaign last season with a great attacking trio in Memphis Depay, Mariano Diaz, and Bertrand Traore. Real Madrid recently re-signed Mariano in a deal worth £33m with Celtic’s Moussa Dembele joining the French side for £19.7m. This partnership will be important if they are to challenge the Premier League giants.

The highlight of this group will be Ronaldo’s first trip back to Old Trafford wearing Juventus colours since making the £100m move there. Ronaldo won four Champions League trophies at Real Madrid and also helped Manchester United win their 2007-08 trophy. United haven’t won the title since he departed. Juventus have serious European pedigree, winning the Champions League twice, the UEFA Cup three times as well as the Cup Winners’ Cup, the Intertoto Cup and the UEFA Super Cup twice. They are expected to be United’s greatest challenge in the group as they fight for top spot.

Manchester United suffered a painful and humiliating exit last season in the round of 16 by Sevilla. They will surely be more careful this time around not to underestimate their opponents, especially in the group stages. Despite the very public spat between the manager and Ed Woodward, United have great depth in the squad. They are expected to progress from the group as they have a tactical manager in Jose Mourinho with great players to challenge for top spot in the group.

Valencia were fourth in the Spanish La Liga last term and are another club with success at European level. They have won the Europa League, Cup Winners’ Cup, the Intertoto Cup and won the Super Cup in 1980 and 2004.

The Swiss Champions, Young Boys are fancied by many to be the groups ‘whipping boys’ but they are an experienced side. This year will be their 12th appearance in the competition so it would be wise not to be complacent when facing them. 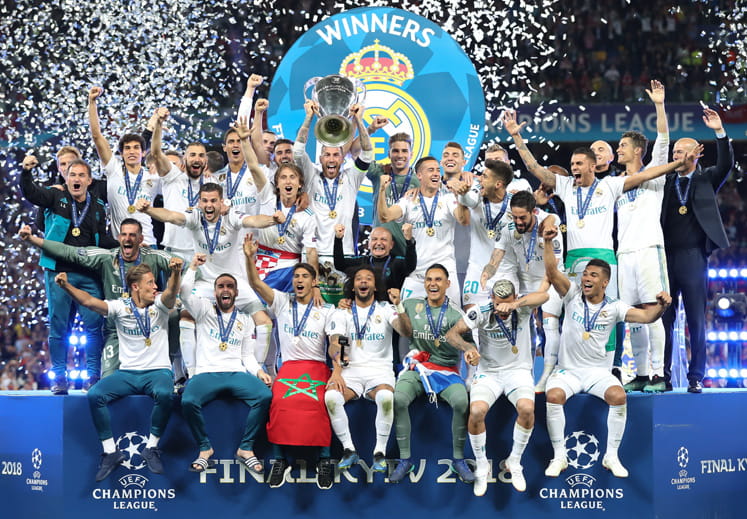 Manchester City are favourites to win this year’s competition with the bookies @ 9/2. Liverpool are @12/1 with neighbours United @28/1 and Tottenham @20/1.