The feature race at Wincanton on Saturday is the £60,000 Grade 2 Betway Kingwell Hurdle over two miles. The race is a recognised trial for the Champion Hurdle at Cheltenham next month and was awarded Grade 2 status in 1991.

Fred Winter’s Bula won the Kingwell Hurdle for three successive seasons between 1971 and 1973. The same stable continued their domination of the race with Lanzarote winning for the next three seasons. The two horses won three Champion Hurdles between them. David Elsworth trained the winner on five occasions between 1982 and 1989 including in 1984 with Desert Orchid.

Alan King has trained the winner on two previous occasions with Katchit and Mille Chief (2011). He could be doubly represented on Saturday with Yanworth and Sceau Royal.

Yanworth is likely to start a short-priced favourite with Barry Geraghty riding for JP McManus. The seven-year-old has only been beaten once in seven races over hurdles. That was in the Neptune Hurdle over an extended two and a half miles at last season’s Cheltenham Festival. He has dropped back to two miles this season and was an impressive winner of the Christmas Hurdle at Kempton on Boxing Day.

Geraghty settled him behind the leaders before driving him into the lead at the last flight and going on to beat The New One by three and a quarter lengths. He did not hurdle fluently that day and suffered a minor setback recently. King is confident that he is fully recovered and he is currently as short as 5-1 for the Champion Hurdle.

Stable companion Sceau Royal was a useful juvenile hurdle last season, winning three races before flopping at both Cheltenham and Aintree. He returned to winning ways at Cheltenham in October and followed up in good style over course and distance in the Elite Hurdle in November. He may have been inconvenienced by the soft ground when only fourth to Irving in the Fighting Fifth Hurdle at Newcastle next time.

Dan Skelton saddles the consistent Ch’Tibello, winner of the Scottish Champion Hurdle last season. The French import also won a valuable prize at Haydock in very testing ground in November before finishing third to Yanworth at Kempton. He was staying on at the finish that day but still has over five lengths to make up on the favourite.

Paul Nicholls has trained the winner three times and relies on the veteran Irving on Saturday. He finished second to Blue Heron in this race in 2015 but was virtually pulled up twelve months ago when last of four behind Rayvin Black. Nicholls could also run the novice, Capitaine, a winner at Wincanton and Ascot this season. 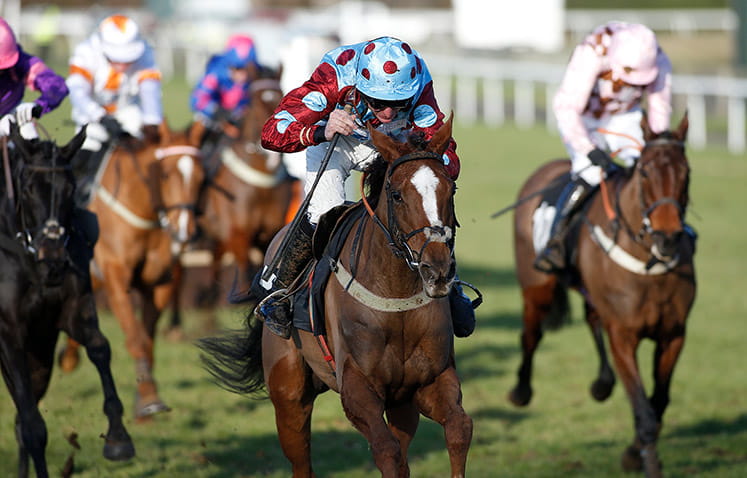 Thomas Garner is the regular rider of front-running Rayvin Black who has proved a real money-spinner for the Oliver Sherwood stable. He was beaten nine lengths by Sceau Royal in November but ran his best race of the season when chasing home Buveur D’Air at Sandown last time. He was beaten only one and a half lengths by the winner who is now favourite for the Champion Hurdle. He will run his usual game race and should provide a useful form line.

Lizzie Kelly partners Agrapart, an eleven lengths winner of the Betfair Hurdle at Newbury last season. The handicapper put him up almost a stone for that success and he gained his first victory since at Cheltenham on New Year’s Day. That was over two and a half miles when just rallying bravely to beat L’Ami Serge by a head. He holds an alternative engagement in the Rendlesham Hurdle at Haydock.

The Betway Kingwell Hurdle is due off at 2.45 at Wincanton on Saturday 18th February and will be shown live on ITV4.