Paddy Power sponsored the race from 2003 to 2015 before the current sponsors took over. Martin Pipe trained a record eight winners including Cyfor Malta (1998 and 2002) and Our Vic (2005). Last year’s race was won by Baron Alco who defeated Frodon and Guitar Pete. 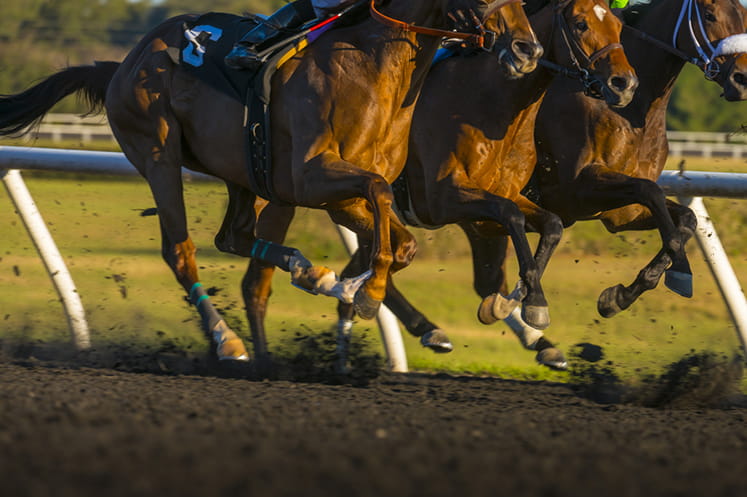 Colin Tizzard’s Slate House leapt to the head of the ante-post betting market after romping to an 11-lengths victory at the October meeting. That was his first race since undergoing a wind operation in the summer and the ease of his victory even surprised connections. It was his first victory over fences in five attempts and the handicapper has given him a massive 12lbs hike in the weights.

Siruh Du Lac enjoyed an unbeaten campaign in 2018-2019 culminating in success in a valuable handicap at the Cheltenham Festival in March. Nick Williams raced the gelding only four times, each time ridden by Lizzie Kelly. His last two victories over course and distance were both at the expense of Janika, recently successful in the Grade 2 Haldon Gold Cup at Exeter. Siruh Du Lac starts the new season on a 9lbs higher mark.

Spiritofthegames is prominent in the betting for Dan and Harry Skelton. He won once in five races over fences last season and was only 2 lengths behind Siruh Du Lac at the festival. He enjoys a 9lbs pull in the weights and is unlikely to fail through lack of fitness in a race of this importance.

The last Irish-trained winner here was Tranquil Sea in 2009. That is unlikely to deter Joseph O’Brien who has already shown his prowess as a trainer on the flat and over jumps. He is set to run Us And Them, a six-year-old gelding by Stowaway. He finished runner-up at both Cheltenham and Aintree last season, although he is unproven beyond two miles.

Count Meribel has come in for some support in the market following a promising seasonal reappearance at Carlisle. Nigel Twiston-Davies trains the seven-year-old who chased home the impressive Lostintranslation that day. Many are tipping the winner to win the Cheltenham Gold Cup in March so that was a fine effort. Meribel won at the corresponding meeting 12 months’ ago and this is his first run in a handicap chase.

Saint Calvados has shown his best form at two miles and must carry top weight here of 11st 12lbs. The last horse to defy such a burden was Very Promising (11st 13lbs) back in 1986. Guitar Pete is a standing dish at this fixture for Nicky Richards. He was ninth in 2017 after being badly hampered at the first fence. He finished third last year and tries again off a 3lbs higher mark. He confirmed his well-being with a comfortable victory over Happy Diva at Wetherby recently.

Highway One O One is fit from a run at Fontwell last month and likes to race up with the pace. He ran well a couple of times here last season but could be vulnerable over the last couple of fences. Mercian Prince won well at Plumpton in the spring but has usually needed a run to put him straight.

Brelan D’As represents the powerful Paul Nicholls stable. He won a couple of novice events under Bryony Frost last season but his prep race did not go to plan, unseating Barry Geraghty at the third last fence. The pick of the outsiders could be David Pipe’s Eamon An Cnoic, a respectable fifth last year and a close fourth to Siruh Du Lac at the festival. He was not sighted in his last two outings but seems to run best when fresh and remains on a good handicap mark.

The BetVictor Gold Cup is due off at 2.25 at Cheltenham on Saturday 16th November and will be televised live on ITV.