The race was established in 1960 and was originally known as the Mackeson Gold Cup. It has been regarded as the first significant handicap chase at Cheltenham each National Hunt season. In more recent years it has been sponsored by Paddy Power with BetVictor taking over the sponsorship for the first time this year.

Five horses have won the race twice, a feat most recently achieved by Cyfor Malta in 1998 and 2002. He provided trainer Martin Pipe with two of his eight victories in the race. Other high class winners include Bradbury Star (1993 and 1994), Dublin Flyer (1995), Our Vic (2005), Imperial Commander (2008) and Al Ferof (2012). Annacotty provided Alan King with his first win in the race last year and will attempt a repeat victory on Saturday.

The early favourite is the Jonjo O’Neill trained More Of That, winner of the Grade 1 World Hurdle in 2014. He won his first two races over fences last season but could finish only third to Blaklion in the RSA Chase at the Cheltenham Festival. He broke a blood vessel that day but is reported to be in great shape and will run, provided the ground is soft enough.

He is likely to be joined in the line-up by stable companion Taquin Du Seuil. He won the JLT Novices’ Chase at the 2014 Festival meeting but has lost his form since. The handicapper has been slow to relent and has only dropped him 3lbs. He ran an encouraging race over hurdles when finishing a close sixth in the Silver Trophy at Chepstow last month.

Paul Nicholls has won the race twice in the last four years and he could have as many as four runners on Saturday. Frodon has attracted most support in the betting market as he bids for a fourth consecutive win of the season. He finished alone in a Grade 2 three-runner race at Wincanton last time after winning easily at Newton Abbot and Fontwell.

Art Mauresque is on a hat-trick after narrow victories at Newton Abbot and Chepstow. He just held off Double Shuffle last time and bids to improve on his sixth place in this race a year ago. He has gone up 9lbs in the handicap since then and will be ridden by Nick Scholfield. As De Mee made all the running to win easily at Fontwell while Bouvreuil was just beaten here by Ballyalton in March. He was disappointing next time at Aintree and this will be his first race since. 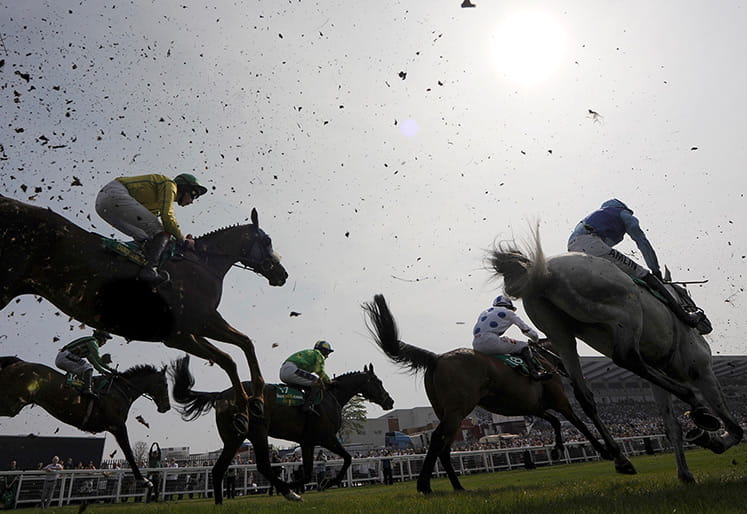 Buywise has each-way claims at Cheltenham

Village Vic won two valuable races at Cheltenham last season before the handicapper caught up with him. He starts the new season 30lbs higher than a year ago and may be difficult to place. Buywise is a regular in these big handicap chases and was unlucky not to catch Annacotty last year after slipping early in the race. He is only 2lbs higher in the weights and warmed up with a good run over hurdles at Aintree last month.

Sizing Platinum was no match for Fox Norton over two miles on his first run of the season but that was his first run for Colin Tizzard. He was a useful novice last season in Ireland when trained by Henry De Bromhead and goes well on good ground. Double Shuffle finished four and a half lengths behind Bouvreuil at the Festival and is only 1lb better off with that rival. He may have a fitness advantage after his run behind Art Mauresque.

The BetVictor Gold Cup is due off at 2.25 at Cheltenham on Saturday 12th November and will be televised live on Channel 4.