The big betting race at Newcastle on Saturday is the £50,000 Betfred Eider Chase over an extended four miles.

The race is one of the longest on the calendar and is a recognised trial for the Aintree Grand National. David Pipe’s Comply Or Die won both races in 2008 while Highland Wedding won the race three times before winning the National in 1969. Other notable winners include Lucky Vane (1984), Into The Red (1993), Merigo (2009) and Wyck Hill (2014).

Bookmakers have chalked up Shotgun Paddy as the early favourite, runner-up here 12 months’ ago for Emma Lavelle.

The ten-year-old battled on well in third behind leading Grand National fancy One For Arthur at Warwick last month. He usually runs well there but it is a long time since he got his head in front. That was in the same Warwick race back in 2014 and is now racing off an 8lbs lower mark.

Raz De Maree was beaten only a length and three-quarters by Native River in the Welsh Grand National in December. He never really looked like catching the winner but it was a highly creditable effort. He has been raised 7lbs for that effort and represents County Meath trainer Gavin Cromwell.

Top weight is set to be carried by Baie Des Iles, a six-year-old grey mare trained by Ross O’Sullivan. Katie Walsh rode her into a creditable fifth in the Welsh National, 23 lengths behind the winner. She then rode her aggressively at Punchestown, making all the running to beat Sambremont in the Grand National Trial. He has gone up 9lbs and looks to have a daunting task with 11st 12lbs to carry over this marathon trip.

Smooth Stepper up in trip at Newcastle

Sue Smith’s Smooth Stepper is also on the upgrade after beating Bigirononhiship over three miles here in January. He also made the running that day and has been given an extra 9lbs to carry. Stable companion Straidnahanna won gamely at Catterick last time out but has gone up 7lbs as a result.

Court Frontier is on a hat-trick after victories at Chepstow and Warwick for Paul Morgan. He has almost a mile further to travel at Newcastle but likes to come from off the pace. He has gone up a massive 13lbs but is still 1lb out of the handicap.

Alto Des Mottes is another interesting contender who won here by eight lengths in January. He looked in trouble with six to jump but gradually warmed to his task and pulled clear of Fayette County. He is only 4lbs higher on Saturday for Henry Hogarth and Tony Kelly.

Mysteree won a valuable staying chase at Haydock Park in heavy ground in November for Michael Scudamore. He was fancied to follow up at Plumpton in the Sussex National off a 9lbs higher mark but was never really travelling and was eventually pulled up by Richard Johnson. 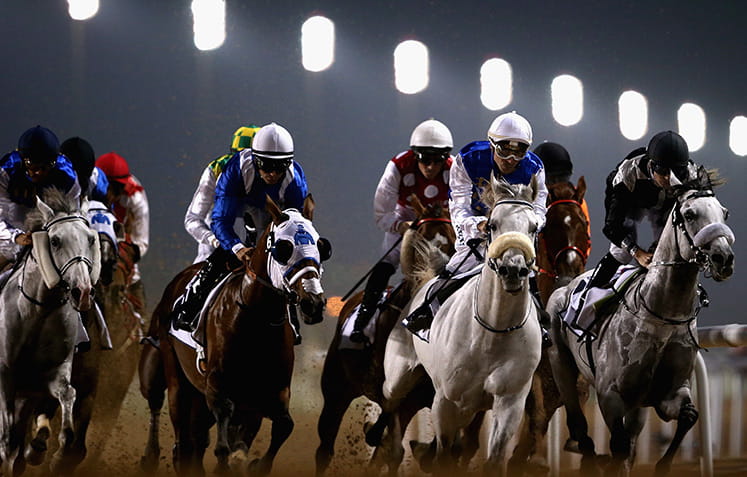 Kerry Lee knows what it takes to win these big staying handicaps. Russe Blanc won the Warwick Chase last season and the white gelding ran his best race since when second to Blakemount at Carlisle earlier this month. He is an out-and-out stayer who is likely to be one of the first to come under pressure.

Stable companion Mountainous won the Welsh National for a second time last January but was pulled up in his next three races. He then finished seventh at Warwick and runner-up to Goodtoknow at Hereford. Knockanrawley represents the Kim Bailey stable, a nine-year-old gelding by Portrait Gallery. He was having his first race since November 2015 when finishing fifth to One For Arthur at Warwick. That was a decent performance after such a lengthy lay-off.

Portrait King won this race back in 2012 and was third last year behind Rocking Blues. Out Sam is yet to be tested at extreme distances but could be well treated on his best form. He is now with Warren Greatrex having previously been trained by Nicky Henderson over hurdles.

The Betfred Eider Chase is due off at 2.45 at Newcastle on Saturday 25th February and will be shown live on ITV4.