The feature race at York on Saturday is the £285,000 Betfred Ebor Handicap over a mile and six furlongs.

The Ebor is Europe’s richest flat race handicap and lends its name to the four-day festival meeting. The race has been won by some high class stayers including Sea Pigeon (1979), Jupiter Island (1983), Further Flight (1990), Quick Ransom (1992), Sergeant Cecil (2005) and Purple Moon (2007). Horses who run well in the Ebor have recently been aimed at the Melbourne Cup. Heartbreak City won the race or Ireland in 2016 before finishing a gallant runner-up at Flemington.

Purple Moon was the last winning favourite in the race with bookmakers often coming out on top. Mudawin stunned punters with a 100-1 victory in 2006. The average price of the winner over the past nine years has been just under 20-1.

The ante-post favourite for the Ebor this year is Flymetothestars, trained by Sir Mark Prescott. He owes his position at the head of the betting to a fine run in the Northumberland Plate in July. He was beaten only three-quarters of a length into third behind Higher Power and Natural Scenery. Prescott has warned punters that he would not run the gelding on fast ground so Wednesday’s downpour came just in time.

Natural Scenery represents Saeed bin Suroor who has won the race twice in the past nine seasons. The four-year-old filly followed up her fine run at Newcastle by finishing an excellent fourth in a Group 3 at Goodwood. Edward Greatrex rides the daughter of Dubawi who finished just over a length away in fourth behind stable companion Endless Time. That was her first run on turf this year and she looks over priced at 20-1.

Sir Michael Stoute last won the Ebor with Clerkenwell in 1996. He is represented by Dubka, the mount of Josephine Gordon. The four-year-old filly also ran at Goodwood and was beaten a neck by Endless Time. She meets Natural Scenery on identical terms due to the 3lbs claim of Greatrex. Dubka’s best form has been with plenty of cut in the ground. 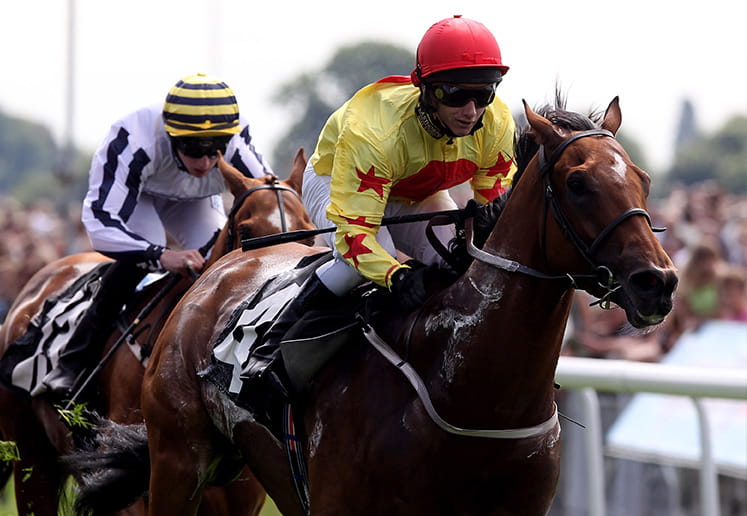 Hollie Doyle rides Scarlet Dragon for Eve Johnson Houghton. He finished a close third behind Poet’s Word in the Group 3 Glorious Stakes at Goodwood. The son of Sir Percy is tough and consistent but this will be his first run in excess of a mile and a half.

Top Tug was formerly with Stoute but is now trained by Alan King. The chestnut gelding won over hurdles last season but has been running well on the flat. He was only two and a half lengths behind Frontiersman at Newmarket in May. He then won a Goodwood handicap over this trip before finishing a fair fourth in the Duke Of Edinburgh Handicap at Royal Ascot.

Willie Mullins is a master of scooping big flat handicaps with his dual-purpose horses. Bookmakers are fighting shy of Ivan Grozny who represents the leading National Hunt trainer in the Ebor. He was brought down at the first flight in the Galway Hurdle but may need further rain.

Nakeeta often runs well in these competitive handicaps. He was second at the corresponding meeting last year in the two-mile handicap. Nakeeta was second over course and distance behind Dal Harraild in May.

Seamour was withdrawn from a handicap here on Wednesday because of the rain-softened ground. Conditions should be more favourable by the weekend and he finished fifth in this race last year. He races off a 1lb lower mark on Saturday but has to bounce back from a poor run at Newcastle. Magic Circle scraped into the line-up by picking up a penalty for his win at the track on Wednesday. A 4lbs penalty allowed him to sneak into the last available place on 9st 3lbs.

The Ebor Handicap will be televised live on ITV and is due off at 3.35pm.