The big betting race at Haydock Park on Saturday is the £100,000 Betfair Stayers’ Handicap Hurdle over three miles.

The race was formerly known as the Betfair Fixed Brush Handicap Hurdle, named after the French-style hurdles. The race will be run over traditional hurdles this season. The Stayers’ Hurdle has been won by some high class horses which have gone on to great success over fences. Halcon Genelardais (2006), Diamond Harry (2009), Grand Crus (2010) and Dynaste (2011) were all Grade 1 chasers in subsequent seasons. David Pipe is the leading trainer in the race with three winners. Kruzhlinin won the race in 2016 for Philip Hobbs and Richard Johnson, defeating Theo’s Charm and Yala Enki.

Bookmakers are struggling to establish a clear favourite with five horses currently priced between 5-1 and 8-1. The Worlds End is high on the list, an unlucky faller at the Cheltenham Festival in March. He was upsides the leader when falling two out in the Albert Bartlett Hurdle. Tom George sent him to Aintree the following month where he battled on well to win the Grade 1 Sefton Novices’ Hurdle.

Dan Skelton’s No Hassle Hoff is also among the favourites after winning at Uttoxeter last month. He was beaten by nine lengths by The Worlds End at Haydock in February and is only 1lb better off on Saturday.

Minella Awards has not raced since winning a valuable handicap hurdle at Punchestown in April. Harry Fry’s gelding beat No Comment by a length off a rating of 134. The lightly-raced son of Oscar has been put up 11lbs for that success and will be ridden by Noel Fehily.

Sam Spinner is yet to finish out of the first two in seven races under rules. The son of Black Sam Bellamy was beaten half a length by Court Minstrel at Chepstow over two and a half miles in October. He will be stepping up to three miles for the first time this weekend.

David Pipe will bid for a fourth win in the race with Champers On Ice, a seven-year-old gelding by Robin Des Champs. He was pulled up in the four-mile novices’ chase at the Cheltenham Festival in March. He last ran over hurdles when third to Unowhatimeanharry at Cheltenham in the Grade 1 Albert Bartlett Hurdle in March 2016.

Paul Nicholls has the top two in the weights with Silsol and Zarkandar. Both horses have a touch a class but neither has raced this season and the weight could find them out in this ground. 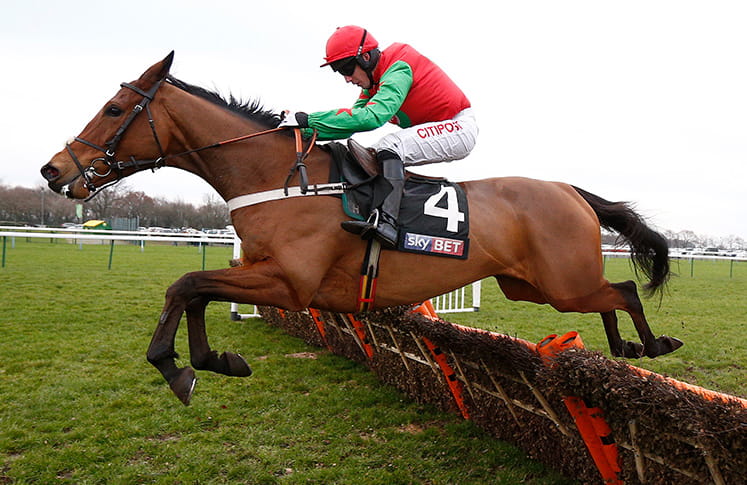 Lizzie Kelly rode Aubusson to win this race in 2014 for Nick Williams. The same combination team up here with Le Rocher, only eleventh at Chepstow last month. The step up to three miles is new territory for the gelding but he is a previous winner in heavy ground.

Theo’s Charm bids to improve on last season’s second in the race but is now 7lbs higher in the weights. Nick Gifford’s gelding was third to Ridgeway Flyer at Plumpton last month and has a lot more to do here. Robin’Hannon will be having only his fifth career start for Philip Hobbs. He won a novice hurdle at Worcester before chasing home Calett Mad at Cheltenham.

The Betfair Stayers’ Handicap Hurdle is due off at 2.25 on Saturday 25th November and will be televised live on ITV.