The big betting race at Newbury on Saturday is the £155,000 Betfair Hurdle for four-year-olds and upwards over two miles. This is the most valuable two-mile handicap of the season and was formerly known as the Schweppes and later, as the Tote Gold Trophy.

It has often been targeted by the big stables with high class, improving hurdlers. Persian War (1968) and Make A Stand (1997) went on to win the Champion Hurdle at Cheltenham. Other notable winners include Mysilv (1995), Zarkandar (2012) and My Tent Or Yours (2013). Novices have a particularly good recent record while trainers Nicky Henderson, Gary Moore and Nigel Twiston-Davies have enjoyed victories here.

Twiston-Davies, successful with Splash Of Ginge (2014) and Ballyandy (2017), looks set to saddle three runners this year. His two previous winners are both engaged along with ante-post favourite Al Dancer. Sam Twiston-Davies will partner Al Dancer who is chasing a fourth consecutive victory. He won minor events at Carlisle and Ffos Las before winning a Cheltenham handicap in December by 11 lengths. The handicapper has put him up 12lbs for that win which has since been boosted by the runner-up Not That Fuisse.

Ballyandy landed a gamble here in 2017 off a rating of 135 and carrying 11st 1lb. He picked up a 5lbs penalty when winning at Uttoxeter in January which takes him up to 147. Splash Of Ginge has been a great servant to the stable over hurdles and fences but it will be a surprise if he is fast enough to win a competitive race like this at the age of eleven.

Paul Nicholls won with Zarkandar and will be doubly represented this year with Getaway Trump and Mont Des Avaloirs. Harry Cobden rides Getaway Trump who is rated 142 for his handicap debut. He won easily at Plumpton and Exeter before chasing home Champ in the Grade 1 Challow Novices’ Hurdle here over an extended two and a half miles. The form certainly entitles him to respect but the drop back in distance may be a concern.

Mont Des Avaloirs was a beaten favourite in the Betfair Exchange Trophy at Ascot but would have a chance on his third to Global Citizen on his previous start. He was only a short-head behind Lisp and will be 10lbs better off with that rival on Saturday, including his rider’s 5lbs allowance. He ran far too freely at Ascot and was a beaten horse before turning for home.

Monsieur Lecoq is up 12lbs in the ratings after victories at Ffos Las and Sandown. Lizzie Kelly rides the five-year-old gelding who readily accounted for Our Merlin in soft ground at the Esher track last month.

Alan King trains Lisp, a staying on second to Mohaayed at Ascot last time. He never really looked like landing a blow that day but has crept a further 5lbs up the handicap. Stable companion William H Bonney is on a hat-trick and only 4lbs higher for his win at Huntingdon in December.

Nicky Henderson relies on Countister, a winner of novice events at Doncaster and Sandown but outclassed behind Laurina at Cheltenham in March. The seven-year-old mare has not raced since. Nick Gifford’s Didtheyleaveuoutto won narrowly at Ascot in November but could finish only fifth behind Mister Fisher at Kempton on Boxing Day. Leading Irish trainer Gordon Elliott has declared High Expectations who ran on well from back in the field behind Jetez at Leopardstown but is 5lbs higher this weekend. 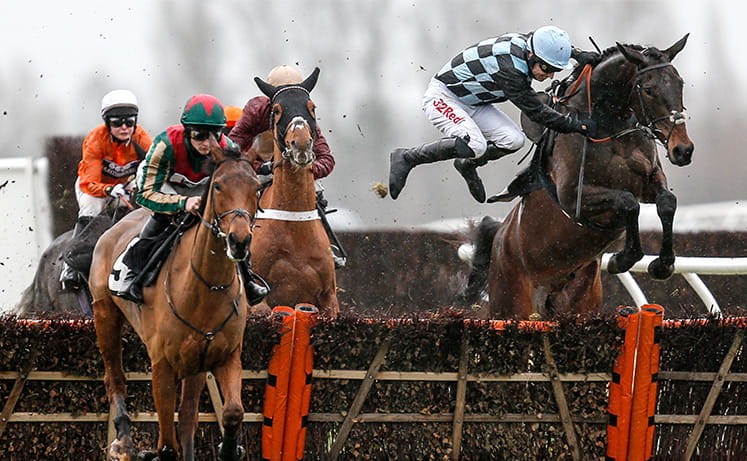 The Betfair Hurdle is due off at 3.35 at Newbury on Saturday 9th February and will be televised live on ITV4.