The big betting race at Newbury in Saturday is the £155,000 Grade 3 Betfair Hurdle over two miles. The race is one of the most prestigious handicap hurdles of the season. It was originally sponsored by Schweppes and later became the Told Gold Trophy. Champion Hurdle winners Persian War (1968) and Make A Stand (1997) were successful in this race while other notable winners include Mysilv (1995), Landing Light (2001), Zarkandar (2012) and My Tent Or Yours (2013).

Nicky Henderson has won the race five times and Gary Moore has trained the winner on three occasions, most recently with Violet Dancer (2015). Ballyandy won the race last year, providing Nigel Twiston-Davies with his second victory in the past four seasons.

Henderson has five entries this year headed by hat-trick seeking Jenkins. The six-year-old gelding has taken a while to confirm the promise of his novice season. After disappointing efforts at Sandown and Cheltenham, he bounced back to win in first-time blinkers at Kempton. The handicapper put him up 11lbs for his next start at Ascot. That was over two and a half miles and he stayed on strongly to repel Air Horse One. Jenkins has been raised a further 5lbs on Saturday.

Kayf Grace was also a winner last time out, beating Eddiemaurice in an apprentice hurdle at Kempton. Her main target is the Mares’ Hurdle at Cheltenham in March but she looks on a very competitive mark. That was only her third start over hurdles and she has been raised 8lbs. Lough Derg Spirit finished runner-up to the ill-fated London Prize in the Elite Hurdle at Wincanton in November. That was his first run since being pulled up at Aintree in the spring but Henderson has had this race in mind for him all season.

Verdana Blue was an impressive three lengths winner at Ascot in November. The six-year-old mare was not disgraced under a penalty when third at the same course in December. Her best form has been on good or good to soft ground. Stable companion Charli Parcs was well beaten in eleventh place. He was a highly rated juvenile hurdler and shaped encouragingly when second here on his previous start.

There would be no more popular winner than Lalor. The gelding is trained by Kayley Woollacott, wife of the late Richard Woollacott. He was a smart performer in bumper races last season, winning a Grade 2 at Aintree in April.

Lalor has been placed in all three starts over hurdles at Exeter, Ascot and Cheltenham. He was beaten two lengths by Western Ryder last time out in soft ground after appearing to be travelling best at the last flight.

Willie Mullins is represented by Bleu Et Bleu, a seven-year-old grey by Charming Groom. He was beaten six lengths behind Hunters Call and Silver Streak when fourth at Ascot in December. He was also just behind Verdana Blue that day and meets that rival on 1lb better terms. Silver Streak took a strong hold that day and did well to hang on for second place.

Amy Murphy’s Kalashnikov was beaten by Summerville Boy in heavy ground at Sandown last month. That was the first real test for the progressive son of Kalanisi and he now makes his handicap debut. A mark of 141 does not look too harsh but he will be racing against seasoned hurdlers for the first time.

Irish Roe is a seven-year-old mare by Vinnie Roe trained by Peter Atkinson. She has won four of her last six races, including a competitive handicap at Doncaster in December. She then finished second to Maria’s Benefit at the same course. Donald McCain saddles Waterlord, fourth in heavy ground at Haydock in January. He has shown a tendency to put in some clumsy jumps and he cannot afford to do that in this big field. 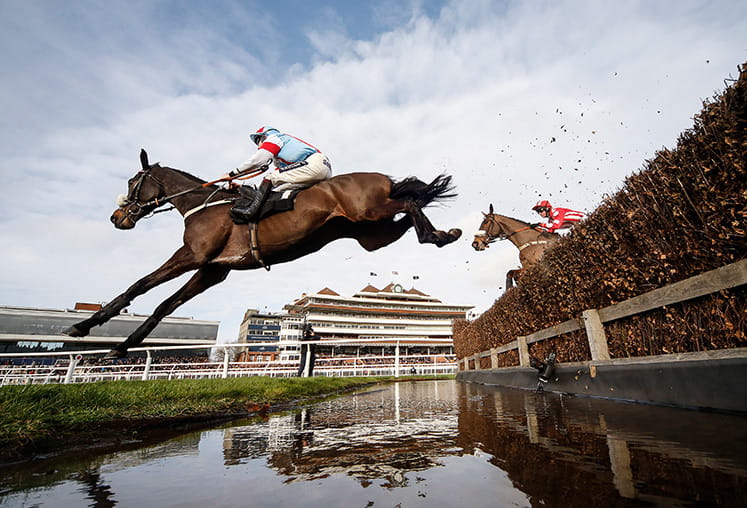 Gary Moore knows how to lay one out for the Betfair Hurdle and Knocknanuss is worth a second look. The eight-year-old won easily at Fontwell on Boxing Day but has gone up 11lbs as a result. Misterton has to come into calculations on his fine run in the Greatwood Hurdle in November. Harry Fry’s grey was beaten only a neck by Elgin and is now 5lbs higher in the weights.

The Betfair Hurdle is due off at 3.35 at Newbury on Saturday 10th February and will be televised live on ITV4.