The 2.25 at Ascot is the £100,000 Betfair Exchange Hurdle over two miles. It has been run under many different sponsors, most notably as The Ladbroke Hurdle and is one of the most valuable handicap hurdles of the season. Past winners include Cause Of Causes (2012), Brain Power (2016) and Mohaayed (2018). Last year’s renewal was won by Hughie Morrison’s Not So Sleepy who beat Lisp and Western Ryder. 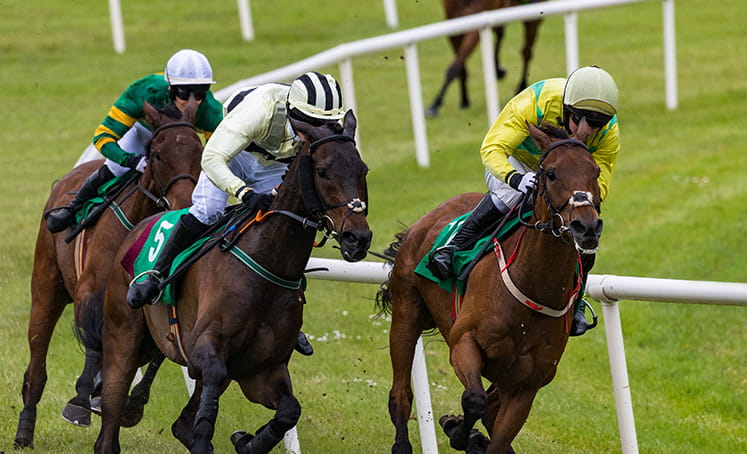 The weights are headed by Nicky Henderson’s Buzz, an impressive seven lengths winner over course and distance last month. The grey had finished a promising third in the Welsh Champion Hurdle on his previous start. He carried only 1lb less here last time and seems certain to relish the fast pace and soft ground this weekend. Benson is a progressive hurdler trained by Dr Richard Newland. He won a couple of novice hurdles before successfully stepping up to handicap company at Sandown to complete his hat-trick. The son of Beat Hollow recovered from a mistake at the second last to power clear of Galice Macato in heavy ground. He has gone up 10lbs for that victory and will be partnered by Gavin Sheehan.

Not So Sleepy bolted up by nine lengths last year but now races off a 15lbs higher mark. He has his quirks and unseated his rider when attempting to run out in the Fighting Fifth Hurdle at Newcastle last time. He had previously been in good form on the level, finishing fourth in the Cesarewitch Handicap.

Alan King’s Harambe has failed to finish in two starts since winning the Greatwood Hurdle last year. He was still in contention when brought down in the Betfair Hurdle and then departed at the last flight in this year’s Greatwood. He was up 6lbs in that event and seemed almost certain to finish in the frame. Providing the fall has not dented his confidence; he must also be considered in a wide open contest.

Malaya is not the fastest mare in training but could come into this if the going gets really testing. She enjoyed her finest hour in bottomless ground when winning the 2019 Imperial Cup. She shaped with promise when runner-up to Kid Commando here in October and is 6lbs better off with that rival.

Jonjo O’Neill saddles Arrivederci, a faller at the third last at Haydock last time. He was attempting to defy an 8lbs rise in the weights, and it was too early to say whether he might have won. Lightly Squeeze was behind Buzz at Ffos Las and he is still trying to recapture his best form after a crunching fall in last season’s Betfair.

Oakley finished seventh in that race without ever serious threatening to get involved. He is 10lbs better off with Not So Sleepy for just over two lengths on course form here last November. A decent run at Wetherby should have brought him on, and he is another with place claims.

Nicky Henderson’s Time Flies By was beaten over two and a half miles here in November when reportedly in need of the run. The winner did little to advertise the form when beaten at Cheltenham last weekend. Isolate is up 5lbs for a comfortable victory at Leicester where he was pulling quite hard for much of the journey. He could still be ahead of the handicapper and will be partnered by regular rider Tom Cannon.

The Betfair Exchange Trophy is due off at 3.35 at Ascot on Saturday 19th December and will be televised live on ITV4.