There is a top quality supporting card at Newbury on Betfair Hurdle day, including the Grade 2 Betfair Exchange Chase. The race is better known as the Game Spirit Chase, named in honour of the Queen Mother’s prolific chaser from the 1970’s.

The race is an established trial for the two-mile Champion Chase at the Cheltenham Festival in March. Notable previous winners include Pearlyman (1987), Waterloo Boy (1992 and 1993), Viking Flagship (1994 and 1996) and Azertyuiop (2004 and 2005). The latter was trained by Paul Nicholls, successful six times in the race. Nicky Henderson has won the race three times in the past seven seasons, most recently with Altior last year.

Altior set to return at Newbury

Altior defeated Fox Norton last season, going on to win the Arkle Trophy at Cheltenham. The eight-year-old followed by in fine style at Sandown in April but has not been seen since. He is unbeaten over fences in six starts but could be vulnerable in his first race in over nine months. Altior has gone well when fresh in the past and Henderson reports him to be in fantastic form on the home gallops. He had thirteen lengths to spare over Fox Norton last season and that rival re-opposes on 5lbs better terms.

Fox Norton is trained by Colin Tizzard and is reverting to two miles after failing to stay in the King George at Kempton. His trainer has intended aiming him at the Champion Chase prior to his half-a-length defeat by Politologue at Sandown in the Tingle Creek Chase.

He stayed on well from off the pace that day, convincing Tizzard to step him up to three miles. With the benefit of hindsight, it may simply have been a case of the gelding being given too much to do by his rider. Fox Norton is right up with the best over two miles, failing by just a head to catch Special Tiara in last season’s Champion Chase. If he can recapture that level of form he is entitled to go close on Saturday.

Paul Nicholls seeks his seventh win in the race with Politologue, racing in the same colours at previous two-time winner Azertyuiop. The grey raced over two and a half miles last season but has improved dramatically since dropping back to the minimum distance.

Politologue has won two Grade 2 races as well as the Grade 1 Tingle Creek Chase. He held Fox Norton’s late run after kicking clear at the second last fence. His latest victory was in the Desert Orchid Chase at Kempton, beating Vaniteux by thirteen lengths. That race lost a lot of its significance when Champion chaser Special Tiara fell at the eighth fence. Politologue is also keen from the outset and it could be an interesting tactical battle with Altior. 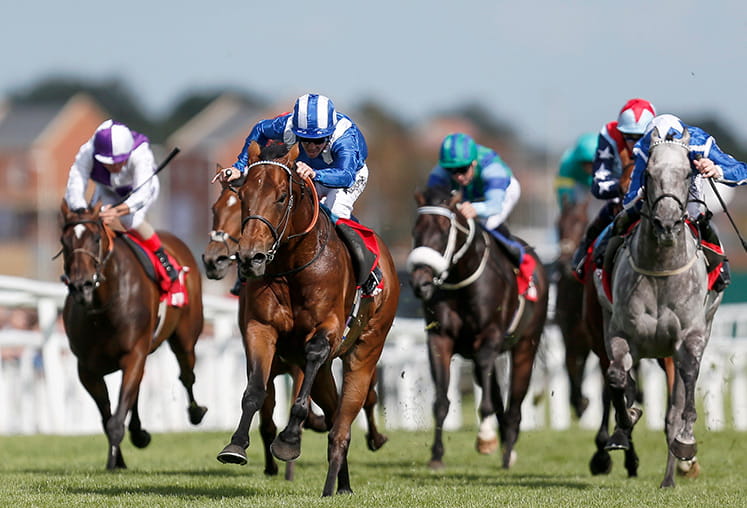 It is difficult to look beyond the front three in the betting on Saturday. Saint Calvados is taking a massive step up in class after winning a handicap here in January. The five-year-old was formerly with Venetia Williams but is now trained by Harry Whittington. Traffic Fluide has not won since 2015 for Gary Moore and has been racing at longer distances. He raced in a visor in the King George but was never in contention. Valdez has not raced since October 2014 while Overtown Express is rated at least a stone inferior to the three market leaders.

The Betfair Exchange Chase is due off at 3.00 at Newbury on Saturday 10th February and will be televised live on ITV4.